Karena Ng Gets Back Together with Rich Ex-boyfriend 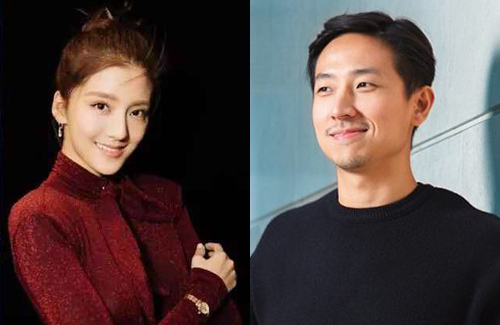 Though keeping low key about their rekindled romance, their online interactions gave them away.

Ever since breaking up with Raymond Lam (林峯) last year, actress Karena Ng (吳千語) started dating rich third generation Brian Shi (施伯雄) whose family has a net worth of over 10 billion HKD. In April 2019 she was suspected of having broken up  with Brian when she publicly announced her single status, and said that “If she had a boyfriend” she would put work first.

However according to reports, Karena has successfully gotten back with Brian, but to prevent the relationship from being negatively affected by being in the public spotlight, the couple decided to remain low-key. Just as Raymond is about to enter his next phase of life with his upcoming wedding, ex-girlfriend Karena’s romance is similarly blossoming.

Karena started dating Raymond after collaborating on a film together in 2012. Although Raymond has been eager to declare his love for Karena publicly, their relationship ended after five years in 2018. Karena reportedly got together very quickly with the eldest grandson of real estate entrepreneur Shi Ziqing (施子清). Although the two did not openly admit their relationship, it was an open secret as they would go on overseas travels together, and head to Brian’s home after returning to Hong Kong, even attending friends’ gatherings together.

With Karena’s declaration of her single status in April and longing for “someone who understands her”, it was presumed that she and Brian had broken up then.

IG Story Traces Gave Them Away 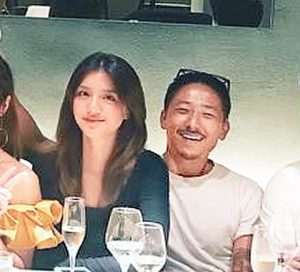 The two are believed to have gotten back together in recent months, going on low-key dates and deliberately avoiding places with crowds. Keeping a low profile, they did not post any photos together online nor declare their reunion so only a few close friends are aware of their status.

But they would share similar photos of food and places on Instagram Story taken from different angles,which gave them away, such as going to a friend’s home for fishball noodles, and dining at the same Japanese restaurant, as made apparent from the same shop name on the cutlery, serviette and location tags used in their respective posts.Meeting up frequently, the two also attended a friend’s wedding held overseas on October 12.

Besides, Brian also pays much attention to Karena’s online moves, liking her posts often and leaving emoji comments. Netizens have also left comments on Karena’s posts, commenting “Will Brian little brat treat my BB better. Such pretty and capable girls are hard to come by, please treasure her.” This comment was also liked by Brian, who seems glad to play the role of the “man behind” Karena, protecting her silently.

Seeming to have a stronger relationship after getting back together, Brian is also keen to win Karena over, often accompanying the 25-year-old actress, who loves surfing, out to sea. It is no wonder that Karena too has been in the sweetest of moods, enjoying life and travelling on a frequent basis in recent months to Italy and United States, including a luxurious helicopter tour while there.