Kevin Cheng, Grace Chan to Get Married in August 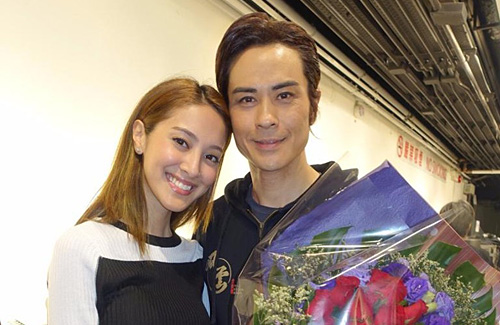 Wedding bells are just around the corner for Kevin Cheng (鄭嘉穎) and Grace Chan (陳凱琳)! Meeting on the set of TVB drama, Blue Veins <殭> in 2015, the couple has been dating for three years and will be the knot in August.

The relationship was initially ill-received due to the couple’s 22-year age gap. Not only did the public feel that they would not last, it was also speculated that Grace’s father, who is only a few years older than Kevin himself, disapproved of the relationship. However, they proved the majority wrong and maintained a loving relationship and have been co-habiting.

Next month, the couple will be returning to Grace’s hometown in Canada to host a small wedding banquet. Only a few close family and friends are invited to the wedding, including Kevin’s good friends from A Fistful of Stances <鐵馬尋橋>: Kenneth Ma (馬國明), Natalie Tong (唐詩詠), Stephen Wong (黃嘉樂), and Jazz Lam (林子善). The “siblings” have already put in their vacation requests in order to make time to attend the wedding.

Kevin Wants to Start a Family

The wedding does not come as a surprise. During an earlier interview, Grace had already admitted the couple’s plan to get married within the next two years. After Grace’s good friend, Winki Lai (賴慰玲), gave birth to a baby boy, the couple was even more eager to start a family of their own.

Kevin filmed Mainland dramas and films this past year, earning approximately $50 million HKD. With his new wealth, Kevin wants to get married and have a baby soon after the wedding. Although Grace is only 27 years old, she does not mind putting work on hold in order to become pregnant.

47 comments to Kevin Cheng, Grace Chan to Get Married in August