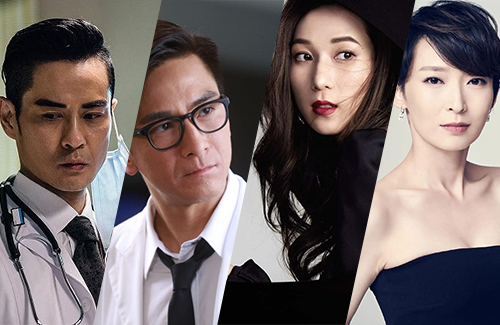 The drama series will be one of two blockbuster medical dramas that TVB has planned for 2021, the other being Big White Duel 2 <白色強人II>, which also stars Kenneth Ma. Like in Big White Duel, Kenneth will be playing a doctor in Children’s Hospital. It will be his thirteenth doctor role of his acting career.

Children’s Hospital will be Kenneth and Kevin’s first collaboration since 2010’s A Fistful of Stances <鐵馬尋橋>, and Kenneth and Linda’s first official collaboration together, though Kenneth did make a brief cameo in 2011’s Yes, Sir. Sorry, Sir! <點解阿Sir係阿Sir>, in which he shared a scene with Linda.

According to reports, Kevin and Catherine will play a married couple, while Kenneth and Linda will drive the story’s main romance arc. They will also be involved in a love triangle with Him.

Linda, who now permanently resides in Vancouver to raise her two children, is reportedly being paid around three million Hong Kong dollars for Children’s Hospital. Principal photography will last around four months in Hong Kong. According to a source, one of Linda’s reasons for returning was due to her good relationship with producer Ben Fong (方俊華), who directed Moonlight Resonance <溏心風暴之家好月圓> and Can’t Buy Me Love <公主嫁到>, both which Linda had starred in.

In addition to the handsome salary, what also drew Linda to return to TVB was her tailor-made role: a pediatrician. Now a mother of two, Linda finds the role not only challenging, but also fulfilling and inspiring.

Children’s Hospital is expected to begin filming in July.