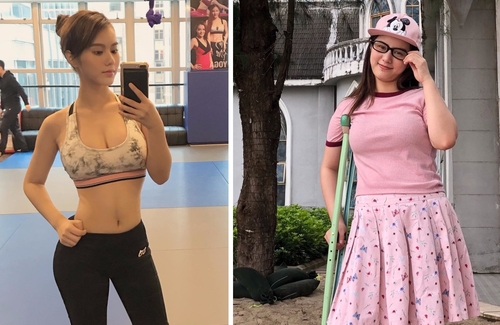 Actress Larine Tang (鄧月平), who was once nominated for the Best New Performer award at the 2018 Hong Kong Film Awards, is garnering attention for her drastic weight gain for a role. She diligently put on 40 pounds within two months to portray a foolish overweight girl in the movie, The Abortionist <墮胎師> – helmed by director Fruit Chan (陳果). Needless to say, many fans were shocked by the 22-year-old’s dramatic transformation. 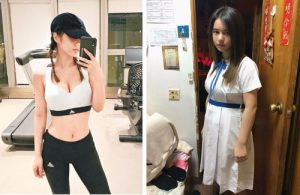 Larine, who is known to have a slim and voluptuous body, sacrificed her looks and risked her health to deliver a noteworthy performance. “I couldn’t be thin because my character is clumsy and overweight,” she expressed. “So before I went to sleep, I would eat ice cream, cream, and junk food. As soon as I got up in the morning, I would eat mala hotpot and use the rest of the ingredients to make fried rice for later.”

Having seven meals a day allowed her to go from 101 pounds to 143 pounds, but the fattening process was not easy. Laurine, who has a naturally thin figure, didn’t see the results until a month later. On top of that, she found it challenging to maintain the weight that she gained.

She explained, “I tend to lose weight easily while filming, so I had to eat constantly to make sure my weight didn’t drop. I remember we filmed the movie during the summer, and I didn’t have any appetite because it was so hot. But I still forced myself to eat the whole day, so it was honestly quite difficult.” 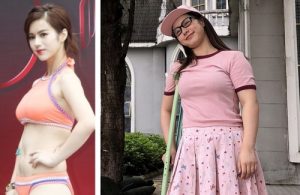 Weight Gain Took a Toll on Her Health

Besides being unable to fit into her clothes and having to purchase new ones, Larine’s weight gain almost cost her health. The actress said her weight gain journey was her biggest challenge yet. Her hormones were so imbalanced that she had to take Chinese medicine to recondition her body.

It didn’t help that her mother witnessed her struggles. “She got worried and cried. Most parents would tell their child to eat more, but she told me to stop eating because I was becoming too fat,” Larine said.

Despite the hardships she endured to put on weight for her role, Larine expressed that it was worth it. The starlet said, “I remember film queen Chloe Maayan (曾美慧孜) once said a drama is bigger than the sky, so I hope that everyone can see this different side of Larine Tang.” 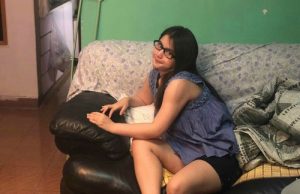 10 comments to Larine Tang Gained 40 Pounds for a Role