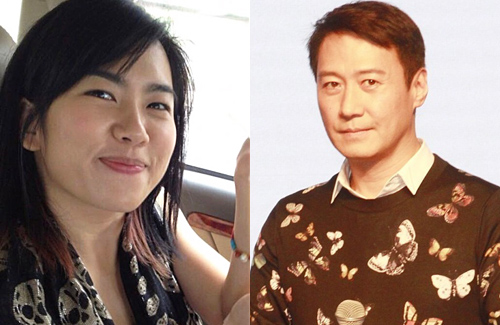 Appearing at a film expo today, Leon Lai (黎明) was asked about reports that he will be an expectant father. Although he did not speak with reporters, the 51-year-old later acknowledged on social media that the news is true.

Dating his assistant Wing for two years, Leon managed to keep the romance away from the media until recently. Wing has been spotted freely entering and leaving Leon’s 6000-square-feet home. Appearing with a thickened waist, it is reported that Wing is already six months pregnant.

Leon wrote on Facebook, “It is fate for two people who have experienced divorce to be together. The creation of a little life will soon make me a father, which will bring upon another stage in life. As a father, I must protect my family and don’t want them to be revealed in the media. I’m sure other parents have the same feeling. As for our future, I’ll let time prove everything.”

Fans praised Leon for being a real man, by acknowledging his relationship with Wing and her pregnancy upfront. Despite his former Heavenly King status, Leon did not choose to keep fatherhood a secrecy.

Congratulations poured in from fans and friends. When reached for comment, Leon’s ex-wife, Gaile Lok (樂基兒) said, “Congratulations to him. I hope the baby is very cute. He should have more kids.” Although Gaile will not text Leon, she plans to give the baby a gift when he/she arrives.

Gaile admitted that she met Wing before at Leon’s company, but does not know her too well. “She is a good woman.” When prompted that Wing resembles Gaile’s features, Gaile said, “Of course not. Perhaps Asians have similar features. When I first started [modeling], people said I resembled Shu Qi (舒淇). I don’t think I look like Shu Qi, perhaps [Wing] looks like Shu Qi!” Gaile sent her blessings to the couple.

Other Stars Who Became Fathers After 50

Alex To (杜德偉)
In 2012, singer Alex To married his wife Ice Lee (李曉冰), who is younger than him by 24 years. Four years after their marriage, the couple welcomed the birth of their son, AJ. Alex became a father at 54 years old.

Derek Yee (爾冬陞)
Sixty-year-old director, Derek Yee, admitted that he became a father two years ago. His wife and daughter are currently living in Mainland China, and will move to Hong Kong later this year so the family can reside together.

William So (蘇永康)
Fifty-year-old singer, William So, became a father last year. Since his first marriage had ended in divorce, William never thought that his wife Fung Chui San (馮翠珊) would give him the gift of a son.