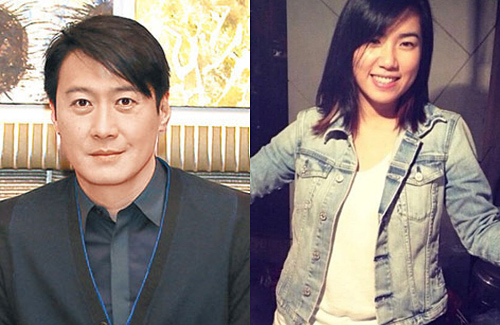 Since his divorce with model Gaile Lok (樂基兒) in 2012, Leon Lai (黎明) has closely guarded his dating life. Leon managed to keep his romance with his assistant, Wing, a secret for two years. The couple will be taking a big step in their relationship, as Wing is reportedly six months pregnant.

Special Work Arrangements with the Boss

Wing has been a gossip magnet since she started working as an assistant at Leon’s company, Paciwood. At the time, Wing worked as an assistant for Aarif Rahman (李治廷), one of Leon’s managed artistes. Wing’s marriage reportedly ended because of her involvement with Aarif in 2012.

Attracted by Wing’s cheerful and forward attitude, Leon invited Wing to work at his music company, AMusic. As long as her work was done, Wing did not always have to show up at the office. Wing did not have to report to a manager, and often went straight to Leon’s home for business meetings at odd hours.

Although Wing’s special work arrangements with the boss attracted gossip, Leon’s staff was unaware of how quickly their relationship had progressed. Reportedly six months pregnant, Wing was spotted shopping for baby supplies recently.

Leon has not responded to news over being an expectant father. He is scheduled to make an appearance at a film expo on March 19 and will likely speak with the press then.