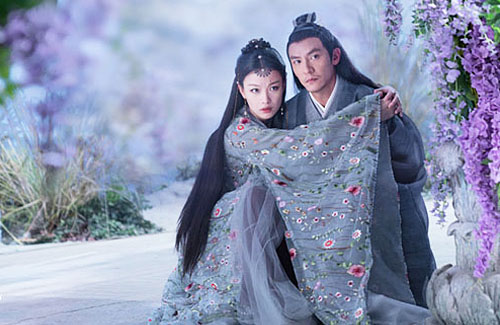 Chinese dramas are known for their lengthy format. Sometimes the storyline drags up to 60 episodes due to the pay being calculated per episode. Though some viewers don’t mind the lengthy dramas, many find it too tiresome to watch such long dramas with filler episodes that contribute nothing to the story. Recently, China’s National Radio and Television Administration (NRTA) is considering setting new maximum limits of 40 episodes for dramas.

Sina Entertainment sought to confirm whether the news was true with online video sites and industry insiders, but both expressed that they have not received any official notice yet. However, two film and television industry executives have confirmed to the media that this strategy is aimed to cut down funding.

NRTA is also seeking advice from the industry to officially determine the number of episodes allowed. It is likely an official announcement will be released soon, since the administration responded that they are currently in discussion and will place restrictions.

Viewers’ sentiments towards the recent developments have been supportive, hoping that the new restrictions to lead to more compact storylines. Recent Chinese dramas that were unnecessarily lengthy include Novoland: Eagle Flag <九州缥缈录> with 56 episodes, while both Love and Destiny <宸汐缘> and Please Give Me A Pair Of Wings <请赐我一双翅膀> were 60 episodes. Among the dramas that aired in the last two years, one of the longest one was The Glory of The Tang Dynasty <大唐荣耀>, which consisted of 92 episodes that were split into two seasons.