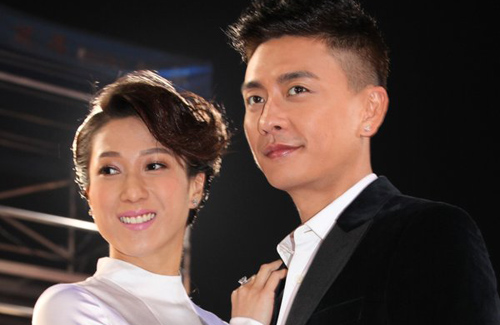 Charles Chan (陳國強) made an array of changes since stepping in as the new Chairman after Norman Leung’s (梁乃鵬) retirement in January. Chan plans to make TVB as an international hub for Asian entertainment. Besides aggressively acquiring assets, TVB also began investing in the movie industry under Charles’ leadership.

Another major change was the airing of TVB’s dramas. Starting in April, series aired in the 9:30 p.m. time slot will be aired seven days a week, allowing viewers to follow their favorite series every day.

The station is also grooming a new generation of stars as older, more established artistes leave. Earlier, TVB executive Catherine Tsang (曾勵珍) announced that TVB will be heavily promoting Grace Chan (陳凱琳), as well as many newcomers in the upcoming year. After landing her first lead role in Captain of Destiny <張保仔>, Grace has been filming Blue Veins <僵> alongside Kevin Cheng (鄭嘉穎). She will film Brother’s Keeper 2 <巨輪Ⅱ> next.

While Edwin Siu (蕭正楠) and Kristal Tin (田蕊妮) will return in Brother’s Keeper 2, Linda Chung (鍾嘉欣) and Ruco Chan (陳展鵬) will only be guest starring in the drama due to their busy schedules.

In new drama Police Dog Brothers <警犬巴打>, Linda will be starring opposite Bosco Wong (黃宗澤). This marks their second collaboration after their popular pairing in 2012’s Witness Insecurity <護花危情>.