Linda Chung to Sing Theme Song for “The Empress of China” 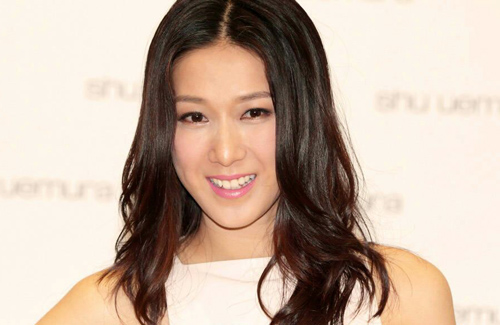 Linda Chung‘s (鍾嘉欣) lack of screen presence this year prompted rumors that she has lost favor. However, her status within the company was affirmed when Linda was chosen to sing the theme song to popular drama The Empress of China <武則天>.

Although it was rumored that TVB will invite Joey Yung (容祖兒) to sing the main theme song, Voice Entertainment CEO, Herman Ho (何哲圖), recently put a rest to the rumors when he announced that Linda will instead lend her vocals for the Cantonese theme song. Linda denied that she has been neglected by Voice Entertainment, “I have already finished recording four songs. Hopefully the album will be completed for release at the end of the year, because I will be going to Mainland China to film a new series. Then I will return to Hong Kong to film another drama.”

In regards to being frozen by TVB, Linda laughed, “The company doesn’t have a freezer, but they do have an air conditioner. Actually, there’s no need to compare. The company having a lot of talented people is a good thing. I trust Herman a lot. If my voice is unsuitable for the song and I’m pushed to sing the song, then everyone will think it sounds bad.”

With newcomer Jinny Ng (吳若希) rising quickly after winning the 2014 Jade Solid Gold Song of the Year award, Jinny will be singing the ending theme song for The Empress of China. In response to being Herman’s new favorite artiste, Jinny said, “He dotes on everyone and will recommend everyone for song recordings. There’s no need to respond to these types of senseless rumors.”