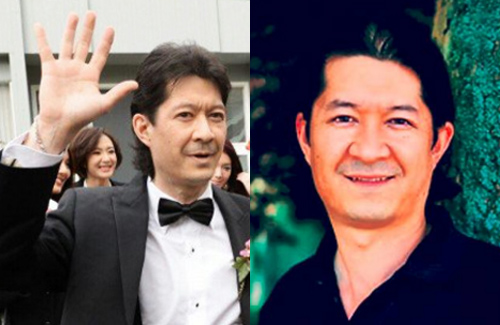 After the shock over Linda Chung‘s (鍾嘉欣) marriage with Canadian-Chinese chiropractor Jeremy Leung dwindled down, many wondered exactly who is Jeremy? How did the shy chiropractor win Linda’s heart and convince her that he is the right husband material, after the couple met for only four days?

As the nephew of TVB Chairman Norman Leung (梁乃鵬), Jeremy was born in a wealthy family. After graduating from the University of British Columbia in 1992 with a Bachelor’s of Science degree majoring in general biology, he attended the Western States Chiropractic College in 1998. He opened his own chiropractic clinic in 1998 and grew it into a successful practice, eventually hiring six massage therapists.

Although Jeremy is a successful chiropractor, he is an intensely shy and private person. Meeting Jeremy through her elder sister, Linda immediately knew that he was Mr. Right. Linda said, “On the fourth day we met, I already saw him as my husband, and he saw me as his wife. I love him.” Both Christians, the couple shares the same values.

At the wedding banquet, Jeremy was concerned that reporters may be hungry while standing outside the venue. Linda recounted the amusing experience, “He told me that he did something very foolish. Since he didn’t want reporters to see him, he put down the sandwiches [outside the door[ and left. I asked if the reporters took the sandwiches, and he said no.” Afterward, the Best Man and Christine Kuo (苟芸慧) distributed additional sandwiches to reporters.

Linda’s Friends are Impressed by Jeremy

Close friends with Linda for many years, Leanne Li (李亞男), Grace Wong (王君馨), and Christine Kuo were invited to be bridesmaids at the wedding banquet. Meeting Jeremy beforehand, they praised his personality and shed light on how the couple gets along.

Since meeting Jeremy, Linda’s perspective on life has changed. Grace recalled, “To be Linda’s husband, of course he will have to win over us girls first. Linda brought him out to meet us before. At the time, Jeremy was feeling unwell, but he was still such a gentleman and had a good sense of humor! He doesn’t speak Chinese very well, so the majority of the conversation was in English.”

Christine added, “I always hear Linda talking on the phone with her husband. Her tone is very sweet and tender!” Leanne shared that Linda has developed a deeper appreciation for domestic chores. “Linda really likes to cook now. She is always asking me for soup recipes!”

Linda’s current happiness is infectious. Although working for 12 years in the entertainment industry and often filming dramas back-to-back, Linda does not plan on going on a honeymoon for now. Taking a leave of absence from TVB until March 31, Linda just hopes to quietly enjoy married life and cook for Jeremy.