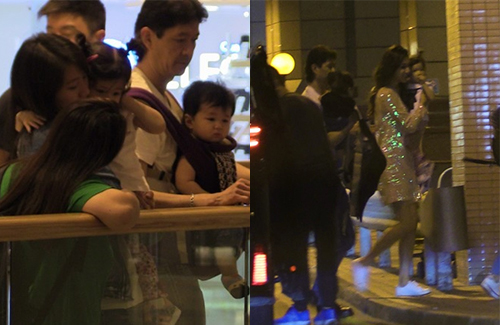 The Vancouver native, who tied the knot with Linda in 2015 and soon welcomed their eldest daughter Kelly the following year, was seen in Hong Kong to support his wife while she was doing a guest appearance for a shopping mall event in Admiralty, Hong Kong.

Jeremy was seen watching Linda from afar, holding hands with Kelly while their infant son, Jared, was strapped to his chest. Jeremy was also with friends.

After the show was over, Jeremy left the mall with Linda and they were driven back to their home in Tseung Kwan O.

Kelly was born in August 2016 and Jared in September 2018. Although Linda has been on hiatus to care for her two children, she would occasionally make trips back to Hong Kong to make show appearances. The actress has expressed interest in returning to acting as soon as her children are old enough.