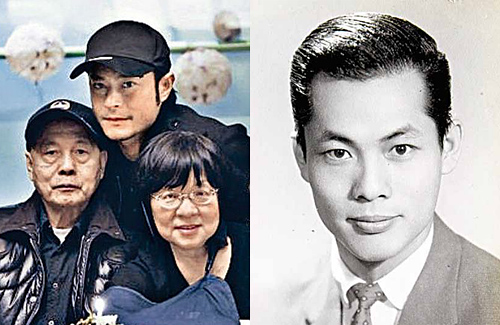 Louis has a close relationship with his parents.

Louis Koo (古天樂) has always been known for being a filial son. Even at 48 years old, he still lives with his parents in order to take better care of them. He frequently takes them out for vacation, and recently bought his mom a yacht so she could enjoy watching fireworks in Victoria Harbour.

Louis splurged $50 million HKD on the “Princess 88” yacht from England, which includes three levels, four large rooms, a lounge, and a bar. Inside each room, he bought custom furniture and even spent a seven-figure sum for each set of bed linens.

Even though it is a pricey purchase, Louis purchased the yacht so he can take his parents out on Victoria Harbor, which is a perfect place to watch fireworks. Known for his intense level of privacy, Louis can also gather with friends out at sea away from the paparazzi’s eye.

Louis has a really close relationship with his parents, and his mom still wakes him up for work in the morning. He feels that it’s necessary to take good care of his parents, as they had done the same for him when he was a child. In the future if he were to get married, Loui’s wants his wife to live together with his parents.