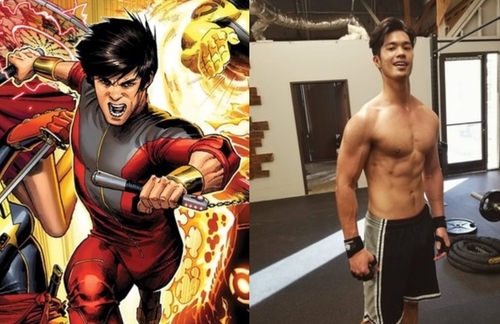 Variety reporter Justin Kroll reported that Marvel wants to be as a faithful to the original as possible. This means the male lead has to be in his 20s and of Chinese descent. He tweeted, “No other Asian ancestry. Haven’t heard any names as it sounds like they’re going the discovery route.”

As a result, 37-year-old Eddie, 44-year-old Daniel, 35-year-old Mike, 31-year-old Ludi, and 35-year-old Steven are all out of the discussion. Mainland netizens are now turning their focus to the former EXO member, 26-year-old Huang Zitao (黄子韬), while foreign media believes Ross Butler, who plays the grown-up version of Super Hero Eugene in Shazam! <沙贊！神力集結>, has a chance. On the other hand, some fans think Marvel will not cast a famous actor.

Perhaps, the company will announce the results at the San Diego Comic-Con, since the studios confirmed they will hold a press conference there.