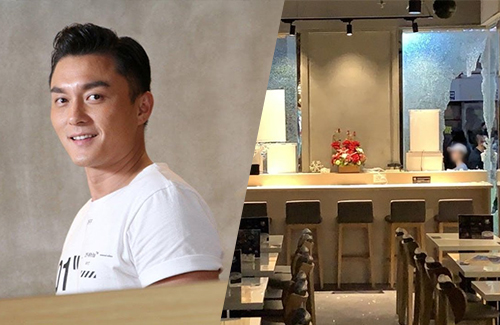 Workers of Mat Yeung’s (楊明) soup restaurant in Wan Chai found the place completely trashed as they went to work one morning, leading to speculations that it was done by radical protestors.

The windows were broken and random items were thrown into the restaurant. 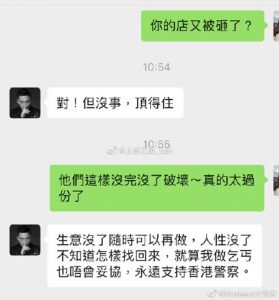 Mat’s vocal support for the Hong Kong police has led to speculation that the destruction was done by radical protestors.

A leaked text message exchange that was allegedly between Mat and a friend showed that the TVB actor is, while rattled by the event, is firm with his stance.

He said, “When you lose your business you can always start over again. When you lose your human nature I don’t know how you’ll find that again. Even if I starve I will not compromise. I will always support the Hong Kong police.”

Mat has not confirmed the authenticity of the text messages.