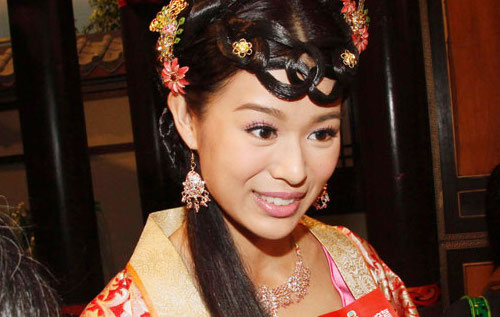 Myolie Wu (胡杏兒)recently moved into the floor above, Bosco Wong’s (黃宗澤), apartment to facilitate surveillance on her rumored boyfriend! Appearing at the praying ceremony for TVB series, Happy House, Hidden Dragon <樂府藏龍>, reporters teased Myolie that she was in a “Woman on Top, Man on Bottom” relationship with Bosco.

Myolie acknowledged that she moved close to Bosco’s home. “Since the outside façade of my former apartment building was undergoing construction, it was very noisy and dusty. From past visits to Bosco’s house, his place was very sunny, so I moved into the same location!”  Did Myolie move into Bosco’s apartment building to make it easier to see each other? “No, we always see each other already!” (Why not live together?) “No, we have not advanced to the ‘living-together’ stage yet!” (Are you afraid he will see you without make-up?)  “You can always see my face without make-up at TVB’s make-up studio!” Reporters teased Myolie that she often lived in the same apartment building as Bosco. “Last time, he moved into my building!”

Earlier, Linda Chung (鍾嘉欣)was photographed dating a man outside of the entertainment circle. Linda explained that she was attending an ordinary dinner. She got out of the car in the middle of the trip because she was concerned that the press will find out the background details of her friend. However, Linda will not avoid meeting her friend for dinner again.

Romantically rumored with Ron Ng (吳卓羲)earlier, Sire Ma (馬賽)was asked to comment on Ron spotted chauffeuring girlfriend,Viann Zhang (張馨予) at the Hong Kong airport. Sire noted, “I am only colleagues with Ron. It is inappropriate for me to comment about other people’s affairs. This proves that our earlier rumors were fake! (Are you off the hook?) “Please don’t use that phrase.” (Are you jealous?) “Of course not!” 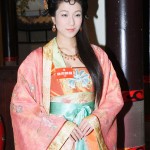 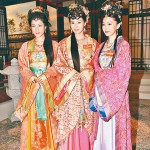 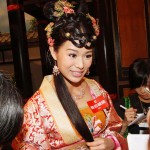 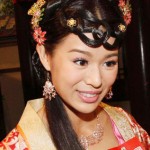 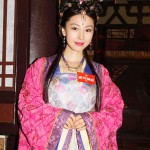 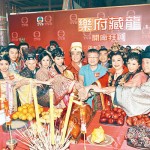 Jayne: A great arrangement for Myolie and Bosco to live in the same apartment building. It makes seeing each other so much easier!

I still sense that Sire Ma was interested in Ron Ng at one point. She seemed to have a drawn out response regarding rumors with Ron Ng. A simple “I didn’t read the report” would have indicated more neutrality.