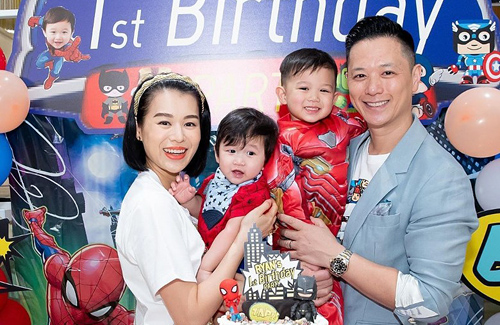 A mother of two young boys, Myolie Wu (胡杏兒), has been enjoying increased family time at home recently. She and her husband Phil Lee (李乘德) held a birthday party for their younger son, Ryan, who turned one years old. This year was especially meaningful for the Lees, as it is Phil’s first Father’s Day as a father of two.

Myolie shared a cute family photo on Instagram where Ryan was dressed in a Spiderman outfit and her two-year-old son, Brendan, was dressed as Iron Man. The photo backdrop and cake were decorated with different superheroes as well. Perhaps overwhelmed by all the excitement, Ryan did look a bit tired in his birthday photos. 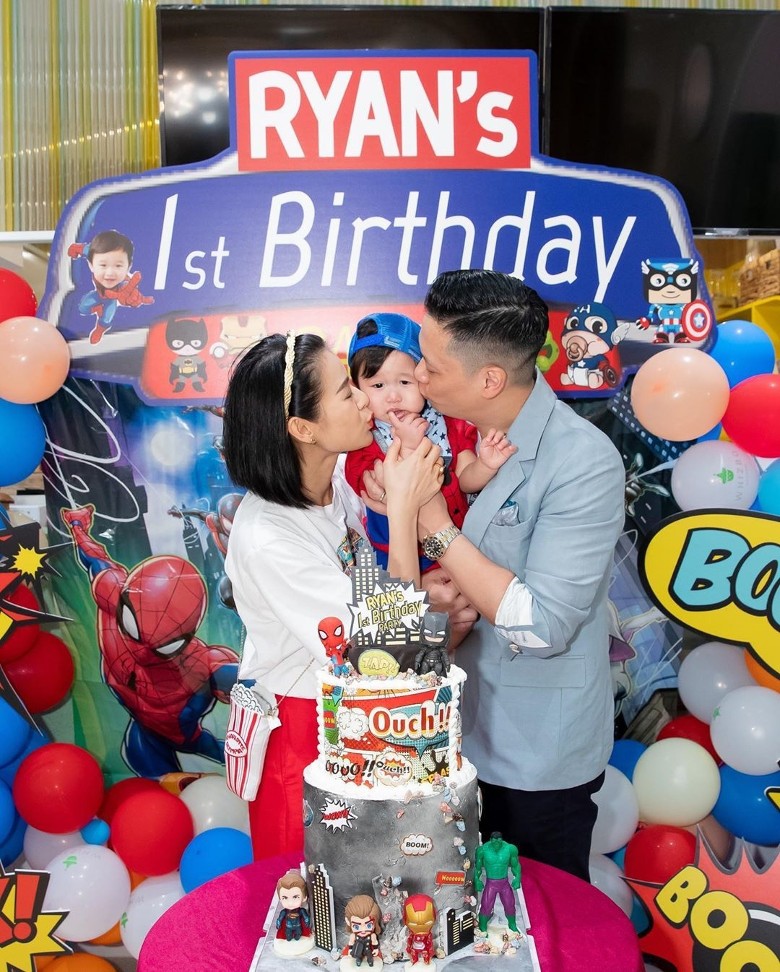 The slowdown in the entertainment industry due to COVID-19 gave many artistes increased time to pursue leisurely activities. Other than spending time playing with her boys, Myolie has also been singing karaoke at home. She recently posted a video of herself singing JJ Lin’s (林俊杰) song “She Said” <她说>. Netizens praised Myolie’s voice and asked her to share more videos. It has been a long time since fans heard Myolie sing, but they remember that at one point in her music career, she also released an album and competed with G.E.M (鄧紫棋) for the Best New Artiste Award!