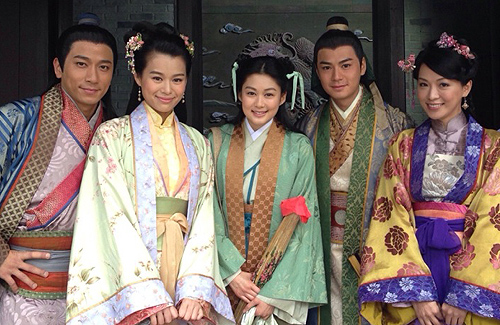 Despite the Lunar New Year holidays coming up, Myolie Wu (胡杏兒) is still working every day without a break. Because of the hectic filming schedule for her new ancient costume comedy, The Vinegar Lady <醋娘子>, Myolie eventually fell ill.

Hardworking as always, Myolie did not want to delay the production schedule, and continued to film despite being sick. Since the busiest part of the filming schedule has been completed, she will be taking a long vacation after Lunar New Year to catch up on rest. “We’ve already filmed in the most difficult locations and the outdoor scenes already. After the New Year, I’m thinking about taking a break and going on a vacation with my assistant. However, we haven’t started planning it yet.”

Myolie also added that working with Ron Ng (吳卓羲) again in The Vinegar Lady was extremely pleasant. Having worked together with Ron in past series, they had good chemistry. Ron also created a humorous environment for his co-stars, making filming progress smoothly.

Myolie will be acting in new TVB drama, Walking With You <陪着你走>, in March. She will be portraying a blind person for the first time. Aside from memorizing the script, Myolie will have to do intensive research to prepare for her role, such as watching movies and practicing the proper gestures of the blind.