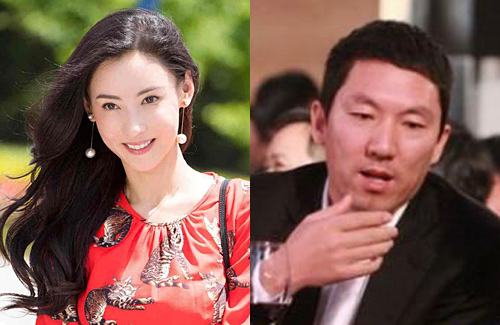 Confirming the birth of her third baby in November, 38-year-old Cecilia Cheung (張柏芝) thanked everyone for their blessings but avoided talking about the identity of her son’s father. This further boosted speculations on who the father is, and recent gossip claims that he may be 50-year-old Mainland Chinese millionaire, Sun Donghai (孫東海). Since Sun Donghai is Cecilia’s ex-father-in-law Patrick Tse’s (謝賢) good friend, Sun is naturally treated by Nicholas Tse (謝霆鋒) as his uncle.

Cecilia denied the speculations through her studio calling the gossip, “fake!”, and uploaded a small clip of herself celebrating “Little Prince’s” one-month-old milestone.

In 2015, Cecilia and Sun Donghai were photographed shopping together at a supermarket. Madly in love with Cecilia, Sun allegedly purchased a 60 million yuan mansion for her. The two also has a 12-year age gap, as Cecilia prefers to date older men after her divorce.

Aside from speculation surrounding Sun, other news reports point to a 65-year-old wealthy Singaporean businessman as being the father. Until Cecilia provides any further updates, the rumors will continue to increase. This would be even more difficult for the growing child, as he would have to live under media spotlight and be bothered about his father’s background.