Nancy Wu Has Chance to Win TV Queen This Year 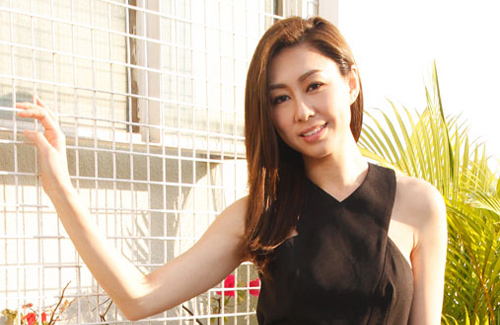 In the entertainment industry for 13 years, Nancy Wu’s (胡定欣) big opportunity finally came when she was cast as the lead in TVB drama, Ghost of Relativity <鬼同你OT>. Nancy and Kristal Tin (田蕊妮) exhibited immense chemistry together, pushing viewership ratings to make it the highest-rated drama year-to-date. With much positive feedback from viewers, there is early buzz that Nancy may win TV Queen this year.

The 33-year-old actress enthused over the popularity of the drama, “I haven’t experienced this in a very long time. When I went out, there were people calling me by my character’s name! But what I hear the most is ‘I haven’t watched television series in a long time. I only turned on the TV to watch you.’”

Due to her lack of conventional beauty, Nancy was not heavily promoted by TVB when she first began her career. Expressing that she is not one to put on a fake mask, Nancy said, “Back then, I didn’t know how to dress up and was too plain. I always showed my true self. Now I know that I was dull and dumb before!”

Although Nancy’s career path was shaky and she suffered from slight depression, Nancy finally felt that she has reached the light at the end of the tunnel. “At least, I have a clear conscience! So what if my life is not fortunate? It’s a path that I have chosen and I cannot complain. Besides, I have never felt that I have chosen wrong!”

With her well-received role in Ghost of Relativity and the current lack of seasoned actresses in TVB, Nancy is a good contender at the TVB Anniversary Awards. “TV Queen? I really haven’t thought about it. The company has many talented people. I’ll need a lot of good luck for that to happen. Besides, it is only the middle of the year and it’s still early. Hopefully at the end of the year, the audience with remember my character!”