Natalie Tong Prefers a Different Ending for “My Unfair Lady” 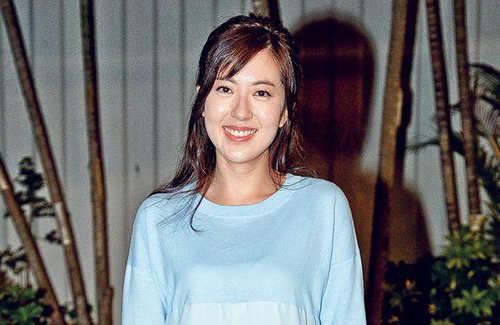 Popular TVB drama My Unfair Lady <不懂撒嬌的女人> aired its finale, pulling in viewer ratings of 29 points. The finale was heatedly discussed, and Natalie Tong (唐詩詠) had also hoped for a different ending.

In the series, Natalie and Vincent Wong (王浩信) portray lovers, Cherry and Saving. They have a loving but rather tumultuous relationship due to his fear of getting married. Viewers criticized Cherry’s choice, which Natalie agreed with. Natalie said, “They’re right! If it were up to me, I wouldn’t have made this choice either. There are people in the world that would choose to break up, and timing is important in life. Cherry is only doing what’s best for Saving. I even left my apartment for Saving! It’s not the ending that viewers might have wanted, so maybe we should film a sequel to make everyone happy!”

On the other hand, Lai Lok Yi‘s (黎諾懿) portrayal of Cheap Han, who cheated on Cherry, was a hated character initially. Cheap Han soon realized his wrongdoings and changed for the better when he fell in love with Saving’s Taiwanese cousin. Unlike his character in My Unfair Lady, Lai Lok Yi is a very family-oriented person – on his days off work, he would choose to spend time with his wife and newborn son.

Jessica Hsuan (宣萱) was thankful that the series was well received by viewers. On her blog, Jessica wrote, “My Unfair Lady finally aired its final episode. I’m grateful for everyone’s support! I’m very happy that we were able to bring everyone pleasure for the past month.”

Receiving much praise for his supporting role, Andrew Yuen‘s (袁文傑) popularity rose rapidly . Andrew expressed, “In the past month, I’m grateful for everyone’s unending support. I didn’t think that my character would get this much attention. Even though I don’t know all of you, I’ve read every message everyone left for me. I don’t have time to reply to everyone, but everyone’s messages were very warm and friendly – I’m very thankful.”