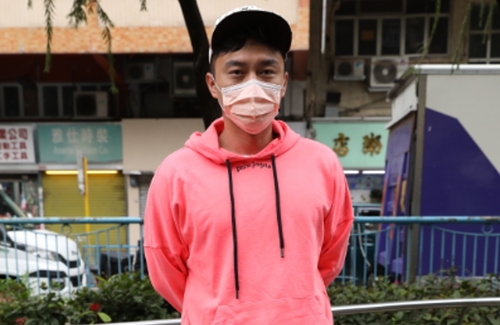 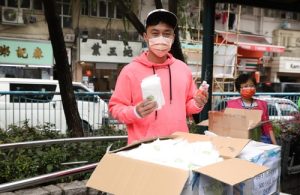 In light of the severe COVID-19 pandemic, Mat Yeung (楊明) attended an event to pass out face masks. On the topic of the virus causing a global economic decline, Mat revealed his stewed soup business took a hit along with others in the retail and catering industries. “I’m going through difficult times with the rest of Hong Kong,” the actor expressed.

He added that a lot of people are not going out, as the government recommended it’s best to stay in and avoid large gatherings. Though he still has customers during the daytime, his restaurants are quieter in the evening. As a result, he asked the landlords to reduce the rent. “The landlords are very nice. Now that there’s a pandemic, we are discussing if there’s a possibility of reducing rent again.”

He shared that he had to let go of the part-timers he previously hired. “In hopes of ensuring long-term employment, we reduced our manpower,” the actor said. 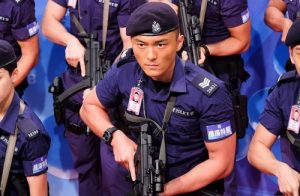 Meanwhile, Mat’s drama Airport Strikers <機場特警> will premiere next Monday. Regardless of his screen time, he will feel stressed each time his drama airs because he doesn’t know what the audience’s reaction would be. However, during the past six months, Mat’s pro-police remarks may have caused some netizens to protest Airport Strikers.

He said, “Actually, I know there will be some people who will not watch it because of me, but it’s out of my control. Everyone has his or her own choices. If they don’t think they’ll like it, then they don’t have to watch it. Hopefully, I can give some positive energy to society and happy vibes to citizens.”