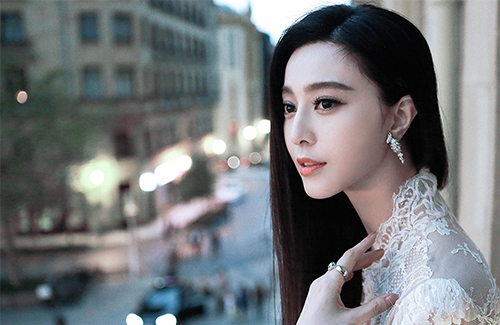 On October 3, Fan Bingbing (范冰冰) finally admitted to tax fraud through a statement she released on Weibo. The 37-year-old, known for being China’s highest-paying actress, is fined 883 million yuan in back taxes.

The scandal has attracted worldwide media attention, as Fan Bingbing had been missing for over 100 days. Numerous rumors and speculations have come about in terms of how Fan Bingbing was arrested in the last few months, but today, a popular Weibo blogger known as Labi Xiaoqiu (辣笔小球) shared a long post, which revealed the details of Fan Bingbing’s arrest over three months ago.

According to the netizen, Fan Bingbing was arrested in Nanjing, Jiangsu. At the time, she was on the 20th floor of the Dezi Plaza, where she got her fortune taken inside a temple, spending 2 million yuan. The arrest was led by the Beijing Municipal Public Security Bureau, with the support of the Nanjing police.

After getting ambushed by authorities, Fan Bingbing left the plaza with a bag over her head. The fortune teller and the boss of Dezi Plaza were also taken to the police station for questioning. All CCTV were temporarily turned off as authorities didn’t want the arrest to go public. Fan Bingbing was taken directly to Beijing by car. If she needed a bathroom break, the police would clear the premises before allowing her in.

“The truth has proven once again that Air Strike <大轰炸> was a big scam,” said Cui Yongyuan (崔永元) on Wednesday. Cui was the man who tipped authorities of Fan Bingbing’s tax evasion, and Air Strike was the film that was involved in Fan Bingbing’s tax misreporting. “Now one person from that big scam has received [her] punishment.”