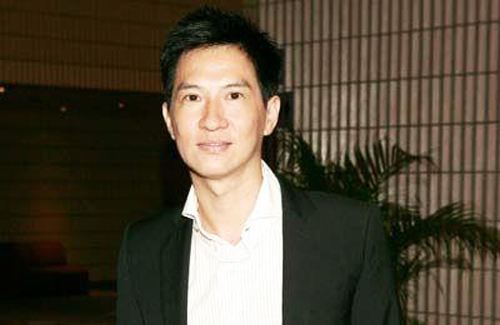 In preparation for the movie MMA <激戰>, Nick Cheung (張家輝) trained hard each day to earn his 6-pack abs. To make himself look more convincing for his boxer role, Nick even intentionally dehydrated himself for a more chiseled body. After filming wrapped up earlier, Nick posed for photographs to preserve memories of his spectacular body.

Nick’s pictures were released in the June issue of JET magazine. Before JET published the pictures, the magazine put a faceless photograph on the website asking readers to guess who the body belongs to. The guesses varied; some said it belonged to Donnie Yen (甄子丹) and Kenny Wong (黃德斌), while others even guessed it was the body of X-Men’s Wolverine, Hugh Jackman. However, no one thought it belonged to Nick Cheung.

While filming Nightfall <大追捕> in 2012, Nick lost significant weight to portray the role of a convict more realistically. For MMA, Nick trained very hard to achieve the body of a boxer. Nick said, “No salt, oil, sugar and starch are requisites. Towards the middle of the training, I must eat 20 to 30 egg whites every day for the protein. When it was almost time to start filming, I can only eat white rice for 3 days so that the starch can beef up the muscles. And lastly, I must eliminate water from the body so I can only wet the mouth in order for the body to be dry and make the muscle lines more prominent.”

Nick coped with the effects of dehydration. “Eating too much protein caused the urine to have thick inches of bubbles foam; it required a few flushings to get rid of it. During dehydration, the whole body is so dry that I didn’t need to go to the toilet at all. Even if I did, it’s only a few droplets, and it will be coffee in color. A few pimples will occasionally pop up as well; it’s horrible but there is no reason not to continue.”

After completing his daily filming, Nick felt stressed when he thought of going to the gym. With over twenty years of acting experience, this is the first time Nick said he had phobia. “I never had this fear before. Shortly after I started filming, I hurt my pinky finger and it was very painful. Many of my shots were either punching sandbags, fighting with opponents or getting beaten by others. After work, I still need to train at the gym again! Hey, to have this kind of reaction (fear) is very normal!”

Nick trained hard to get into shape, but he is only willing to flaunt his body for the movie and the cover shoot of JET magazine. When Nick was asked if he will endure the same training again for another film role, he said, “Even if Jesus is the director, I won’t do it! If I were to put on weight, I may consider it because getting fat should be a happy thing.”