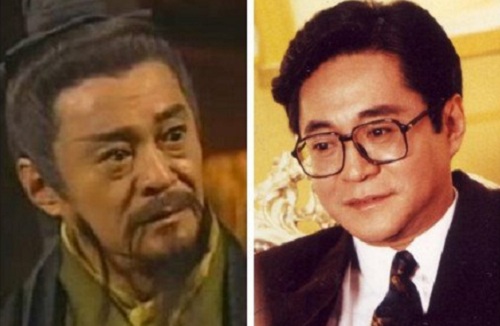 Hong Kong actor, Wang Wei ( 王偉) (1941 -2011) passed away at 70-years-old. His real name was Wang Wing Wei (王永偉). Through his father’s friend’s introduction, Mr. Wang started shooting popular Mandarin movies in 1963. In 1971, Mr. Wang joined the television industry, starring in many popular series, both at ATV and TVB, in which his performances were well-received.

Several of Mr. Wang’s performances at ATV were regarded as masterpieces, including his role as Nurhaci (founder of the Qing Dynasty) in the classic The Rise and Fall of the Qing Dynasty <滿清十三皇朝>. His notable roles also included “Lu Pu Wei” in Qin Shi Huang <秦始皇> and “Hung Ding Kwok” in Fok Tung Kok <霍東閣>. After his ATV contract expired in 1989, Mr. Wang joined TVB and acted in countless series, such as Vengenance <火玫瑰> and State of Divinity <笑傲江湖>. Mr. Wang retired from acting in 2002.

Stephanie noted, “Recently, I have been busy to taking care of my father’s funeral. During his lifetime, my father has always been low-key and did not wish for a lavish funeral. Dad has been put to rest. I most respected father: I will always be proud of you and you will always be in my heart.”

Jayne: My condolences to the Wang family and their friends. Mr. Wang Wei was a fine actor who possessed a very dominant and intimidating screen presence. I enjoyed watching him in his old ATV series, especially the memorable The Rise and Fall of the Qing Dynasty.