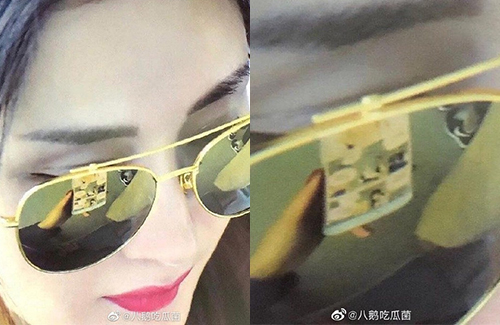 Yang Mi’s (杨幂) love for all things comic and manhua-related is widely known. Growing up as a fan of comics, the 33-year-old herself is also exceptionally talented when it comes to drawing. But a recent discovery of a hobby of hers has gotten fans to freak out, bombarding social media threads with a lot of conspiracy theories. 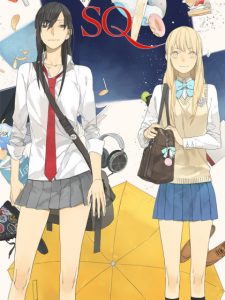 A netizen shared a zoomed in picture of Yang Mi at the airport, and through the reflection of her sunglasses, fans could see that Yang Mi was reading a manhua on her phone.

Her reading manhua was not surprising. What was shocking was that Yang Mi was reading SQ: Begin With Your Name <从你的名字开始>, a popular yuri (lesbian) manhua.

Excited and shocked with this new information, fans poured in with conspiracy theories. Some happily joked that Yang Mi had turned gay. Others went on to say that her obsession with lesbian comics is the reason why Yang Mi divorced Hawick Lau (劉愷威), and joked that she  should film a lesbian series with Angel Wang (王鸥), Hawick’s rumored ex-girlfriend.