Raymond Lam and Kenneth Ma Team Up for “Line Walker 3” 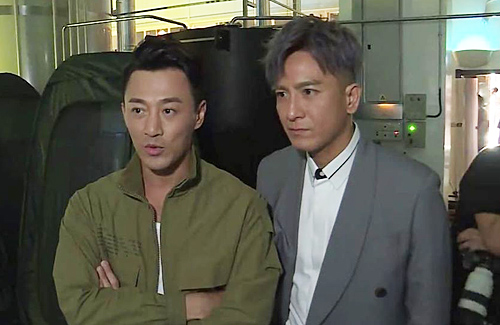 In the final episode of Line Walker 2 <使徒行者2>, Kenneth Ma (馬國明) made a mysterious appearance as Moses Chan’s (陳豪) brother looking to avenge his death. He was seen loading ammunition into large rifles with intense concentration. Resuming his role in Line Walker 3 <使徒行者3> Kenneth dyed his hair a cool silvery gray, a departure from his usual clean cut looks.

Raymond Lam (林峯) posted a photo of the two of them together on his social media and captioned it with, “Does everyone like this duo?”

Raymond’s role as “Bao Seed” in Line Walker was a big hit. The drama was a ratings winner in 2016, and his pairing with Charmaine Sheh was also very well received by the audience. Unfortunately, by the time the drama aired, Raymond had already left the company and was not able to fulfill his dream of winning the TV King award. Maybe this will be a possibility with Line Walker 3!