Raymond Lam Denies Karena Ng Pressuring Him To Get Married 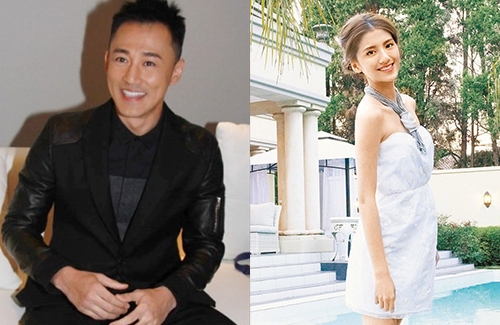 Marriage rumors are ringing for Raymond Lam (林峯) and Karena Ng (吳千語), who are entering their third year as a couple. Rumors say that Karena has been pressuring Raymond to tie the knot, but Raymond had put these rumors to rest at the EEG 15th Anniversary Glamorous Concert held in Macau on August 22, expressing that the media has been pressuring him more than Karena.

“No,” Raymond said firmly. “The media is too caught up with this. Right now, our work comes first. My schedule is full until the end of next year!”

Asking if the couple have discussed about marriage plans, Raymond said, “No. But so people can stop asking me about it, I’ll say this—I hope that I would still have the energy to play sports with my kids. That is the goal!” Are they planning to get married next year? “I will not say anything because I don’t know myself!”

Mentioning that his cousin, Rosina Lin (林夏薇), managed to hide her relationship from the public and got married in a secret wedding, Raymond said that he too was shocked at Rosina decision to get married so soon. “I wasn’t notified until last minute, but I’m very happy for her! Congratulations!” Will Raymond also be getting married in a secretive manner like Rosina? “This is something I should share with my family.”

Raymond shared that he will be holding a concert in the Hong Kong Coliseum next April. “My new album is almost finished. What’s left are the music videos.” Raymond added that the filming schedule in Korea will be extremely difficult. “We’re going to film all day and night. It will be quite an experience.”