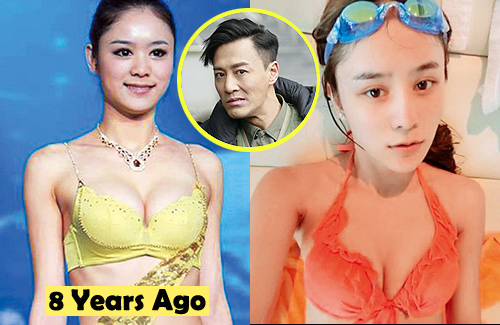 Raymond Lam‘s (林峯) new girlfriend, Carina Zhang (張馨月), often looks perfect in her selfies. Possessing a creamy complexion and curvaeous figure, the 27-year-old Mainland model may however have received some help from plastic surgery to achieve her beautiful features.

Recent photos surfaced of Carina when she had won second place in 2010’s National Fashion Lingerie Model Competition in China. In the photo, Carina’s face was noticeably rounder and her nose flatter. Her photos taken after 2012 show a higher nose bridge, more chiseled nose tip, and slimmer jawline. However, the 5-feet-6-beauty’s 34D chest size seemed to have remained the same. 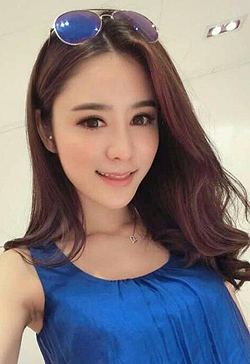 In 2011, Carina  also participated in the “Star Sisters Election” organized by Hunan Satellite TV. At the time, Carina sat confidently on a toilet along with another contestant to show off her fashionable style, and eventually became the laughing stock of the pageant when she was defeated.

Born in Shandong, Carina lives in Huaifang City with her parents and younger brother. Carina was formerly known as Ada Zhang, before changing her name recently. She has removed older social media accounts bearing the name Ada.

It was understood that Raymond’s parents were unhappy with his ex-girlfirend Karena Ng‘s (吳千語) materialistic nature and thus introduced Carina to him. Raymond’s parents were impressed by Carina’s looks and sweet nature. The couple reportedly started dating before Lunar New Year and were spotted wearing matching rings. Their relationship gained the Hong Kong paparazzi’s notice when Raymond brought Carina to Hong Kong’s Ocean Park this month.