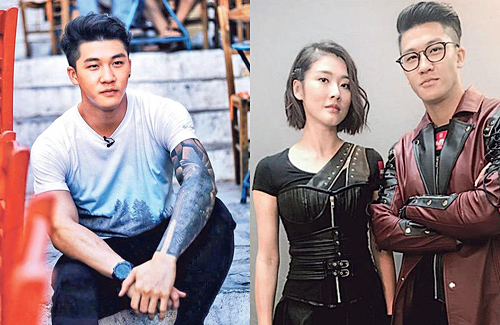 While rookie TVB actor Alex Mak (麥凱程) plays a supporting role in The Exorcist’s 2nd Meter <降魔的2.0>, he is nowhere to be seen at the drama’s promotional events. Rumor emerged that the 26-year-old artiste was arrested last year for participating in political protests in Hong Kong and was suspended by TVB. As the media continues to search for Alex’s whereabouts, TVB and his co-stars are giving vague answers to his whereabouts.

Comments from Co-stars and Staff

Raised in Bordeaux, France, Alex had participated in Mr. Hong Kong 2016, the same year Jackson Lai (黎振燁) won the title in the competition. While Alex had opportunities in variety programs and dramas, colleagues claim that they didn’t know him too well and are unaware of his current situation.

Producer Dave Fong (方駿釗) shared that he is not too familiar with Alex’s situation and only found out from the reporters. Regarding why Alex did not attend the promotional events, he shared that there are many artistes that he is not familiar with, and the station did not provide any guidance on the promotional events. When the reporter asked if he will be more careful in choosing artistes, he replied that he prioritizes matching the characters to capable actors.

Gloria Tang (鄧佩儀), who plays Alex’s twin sister in The Exorcist 2nd Meter, was surprised when the reporters asked about Alex, “I don’t know anything. I thought he couldn’t come back from a foreign country because of the pandemic.” Gloria shared they have texted each other before, “We communicated in English and I felt that he is someone who is slow to warm up to.”

Moon Lau (劉佩玥) and Kenneth Ma (馬國明) also revealed that they are not aware of Alex’s whereabouts. Other than working together, the two stars have some interaction after work but they are not familiar with Alex’s personal life.

When TVB executive Virginia Lok (樂易玲) was asked whether Alex’s work has been halted because of his involvement in protests, she revealed that Alex called her before he boarded a plane in mid-November last year and asked for a leave. Alex told Ms. Lok there was an emergency at home and requested to take several months off. Ms. Lok was unable to contact Alex and his family afterward.

To add to the mystery, Alex uploaded a scenic picture on Instagram in November with a quote from Romeo and Juliet: “These violent delights have violent ends.” Although the cryptic quote does not give a lot of information, Alex recently uploaded a picture to promote The Exorcist’s 2nd Meter and to let fans know that he is okay.