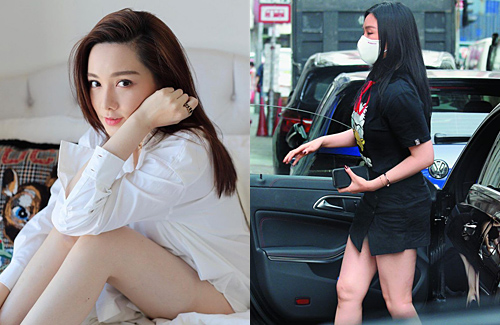 It has been six months since Roxanne Tong (湯洛雯) and Kenneth Ma (馬國明) publicly acknowledged they are dating. Although the couple denied frequent rumors of being engaged, Roxanne and Kenneth are clearly comfortable in their relationship. On their days off, the couple enjoys lounging at home and cooking meals together, which may have finally caught up with Roxanne and made her gain some “happy weight”. 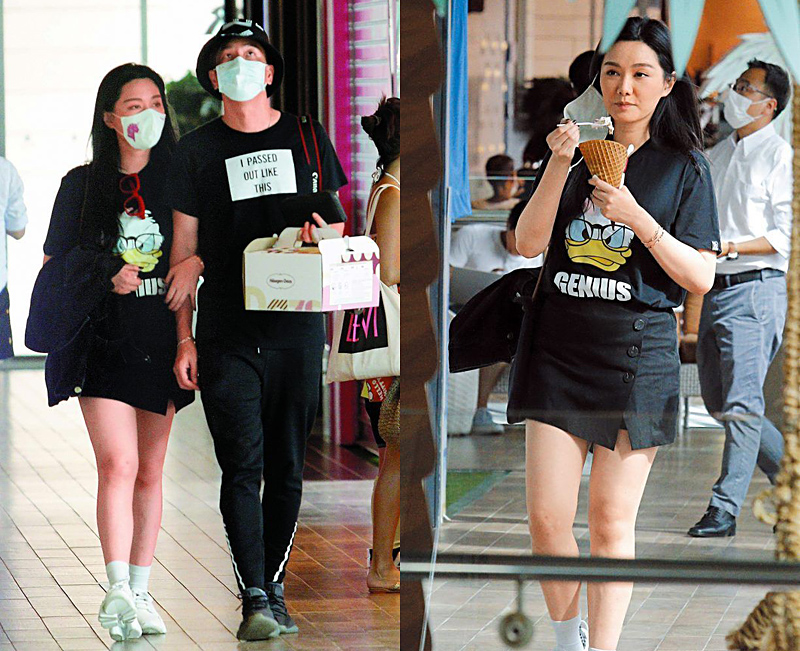 The 33-year-old actress’ fuller figure was not apparent until a recent set of candid photos were released by the paparazzi. Snapped ordering three rounds of desserts while out shopping with Kenneth, Roxanne filled out her t-shirt and a mini-skirt. Her legs were also noticeably thicker, a far cry from her slimmer appearance in social media posts.

On her Instagram page which attracts 693,000 followers, Roxanne often posts glamorous photos of herself. In a recent post, Roxanne showed off her legs while wearing only a white shirt. Though her complexion is perfect as always, Roxanne heavily edited her thighs to appear slimmer. The awkward result made her thighs look oddly angled and disproportionate to her body.

Known to have wild fluctuations in her weight, Roxanne surpassed 130 pounds after she broke up with Joey Law (羅天宇) in 2018. Though successfully dropping her weight last year, Roxanne seems to have gained “happy weight” after dating Kenneth this year.

Despite the unflattering photos, Roxanne feels very comfortable in her relationship with Kenneth, who does not mind her weight gain and would love her “whether she is skinny or fat.”  Kenneth shared that Roxanne gains and loses weight easily and has already recently lost some weight. With Roxanne filming Barrack O’Karma 2 <金宵大廈2>, Kenneth assures that his girlfriend will be showing her best image in front of the camera.