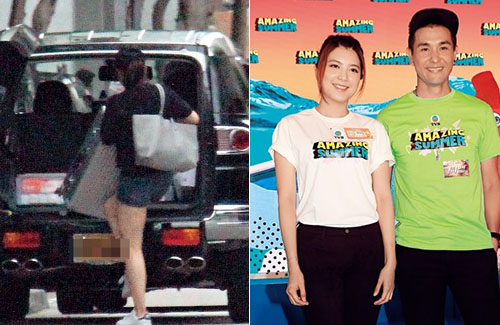 It’s been nearly five months since the paparazzi busted Ruco Chan (陳展鵬) and Phoebe Sin’s (單文柔) budding relationship. Though they never confirmed the dating speculations, the rumored couple have said that a relationship is built upon trust, and that it takes time to grow

Earlier, paparazzi managed to snap photos of Ruco’s mother visiting Phoebe. Ruco currently lives with his parents in Tseung Kwan O, but he has a second home near Laguna City in Lam Tin, Kwun Tong. Reportedly, the second apartment was rented by Ruco not long ago, and it is estimated that he has to spend at least HK$300,000 per year for the upkeep of the apartment. Ruco has been “sneaking” in and out of the apartment these past few weeks. It has been said that Phoebe consistently visits the apartment.

Around May 2017, while Ruco was still committed to filming the TVB drama Succession War <天命>, paparazzi saw Ruco driving Phoebe back to an apartment complex near Laguna City. They had spotted the paparazzi, so Ruco dropped her off one street over. Ruco did not get out of the car to help Phoebe as she grabbed her shopping bags from the trunk of the car.

After seeing Phoebe off, Ruco drove back to Tseung Kwan O for home.