Ruco Chan Gets Irritated When Reporters Ask Him About Nancy Wu 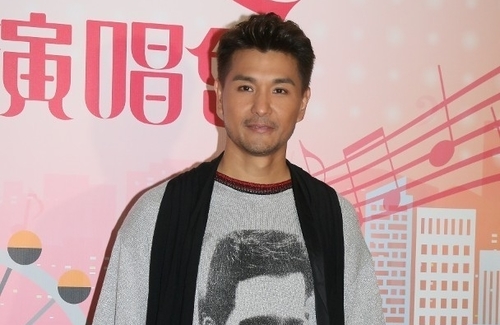 Rumors of Nancy Wu (胡定欣) turning down upcoming TVB drama Extraordinarily Mysterious Cases <逆天奇案> because it would star Ruco Chan (陳展鵬) have been circulating. When reporters confronted Ruco about the matter, he denied having that effect over Nancy. “I don’t know where you heard this version of the story, but I already knew I was filming this drama one year ago,” Ruco revealed. “At the time, the lead actress wasn’t said to be Nancy. Rosina Lam (林夏薇) will play the female protagonist, but it wasn’t her either a year ago.”

Ruco expressed he is happy to partner with Rosina again, and shared that it will be his first time collaborating with Crystal Fung (馮盈盈), who is also participating in the series.

Regarding the gossip shrouding the drama, Ruco bluntly said, “I do think it’s weird. A reporter messaged me earlier about the rumors, and I was shocked. I couldn’t tell if it was real or not, so it’s better if it came directly from the other party.”

He added that he is not on bad terms with Nancy. “I saw her recently at Pal Sinn’s (單立文) birthday party a few months ago.”

However, when reporters tried to ask him more questions about Nancy, Ruco appeared exasperated. “Ask me something else! Ask me about my family! I already got married and I’m a dad now, why are there still such rumors? There are some questions that you should ask [Nancy] yourself,” Ruco said.

Besides, the drama’s producer, Lau Ka-ho (劉家豪), said he never asked Nancy to film the drama, and TVB executive Virginia Lok (樂易玲) could testify. He also mentioned that Ruco accepted the film after hearing the script without asking who would play the lead actress. However, Ka-ho always wanted Rosina to play the female protagonist.