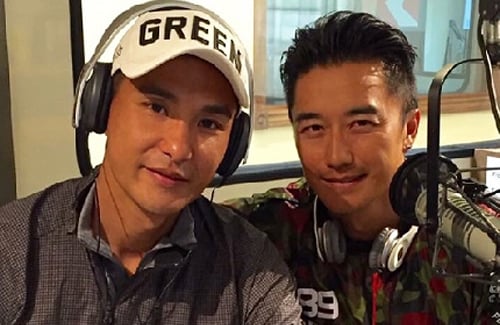 Ruco Chan (陈展鹏) and Phoebe Sin (单文柔) had earlier posted beautiful wedding photos taken in London and Paris where they had spent four days taking photographs, and another five to six days exploring the two cities as a honeymoon in advance. Unwilling to end their vacation yet, they spontaneously flew over to Toronto, Canada and caught up with Ruco’s friend, former Asian Television (ATV) actor and Mr. Hong Kong 1999 winner Derek To (杜挺豪).

Unknown to many, Derek and Ruco had been buddies at ATV and remained in contact even after Ruco left for TVB. Derek later returned to Toronto to his real estate business and hosting work on a local Chinese radio station. Whenever he had time off from filming, Ruco would join his buddy in Toronto for a short vacation where the friends enjoyed a game of golf or badminton and a few rounds of beer.

Derek, who knew about Ruco’s wedding plans very early on but had to keep quiet, said, “The two of them are so lovey-dovey and such a great match! I wish they’d hurry up and have a baby soon, so I can be the godfather.” 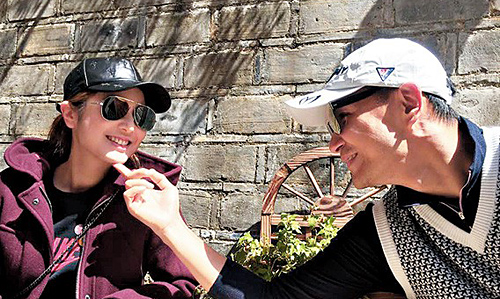 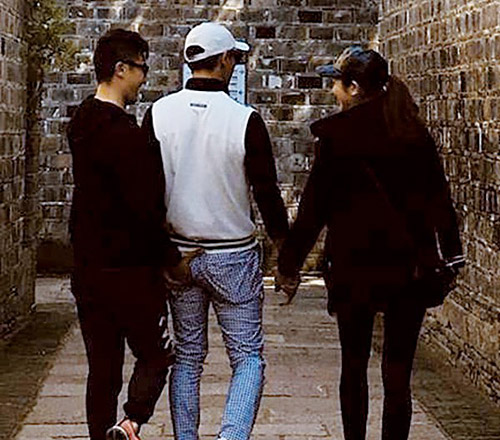 33 comments to Ruco Chan Wants Buddies to Meet His Bride