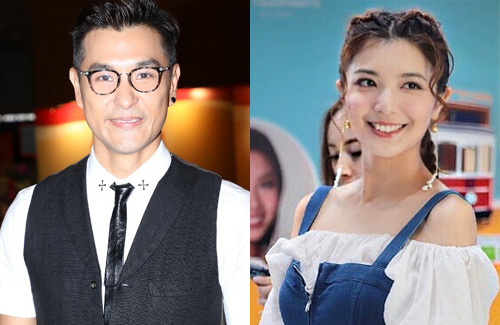 Returning from a one week vacation with girlfriend Phoebe Sin (單文柔) in England, Ruco Chan (陳展鵬) felt recharged. Facing numerous gossip in the last two years over his romantic life, Ruco was glad Phoebe is by his side. The couple is in a very stable relationship right now.

“Phoebe went to school in England, so we went back to see familiar places. There were many Chinese people and we took pictures with some children. I didn’t mind,” Ruco said.

It is rare for the couple to be able to take time off together, especially after Phoebe started filming TVB program, Cooking Beauties <美女廚房>. Asked if their relationship received a boost after their vacation, Ruco said, “We’re doing very well! I had a lot of rumors these two years. It’s been hard for Phoebe too. I’m very grateful Phoebe is here for me. After our relationship’s initial ‘bitterness’, hope there’ll be more sweetness ahead. I don’t have a sweet personality, but I’ll show [my appreciation] with my actions.”

Previously linked with co-star Nancy Wu (胡定欣), there were even reports claiming that Ruco had cheated on Nancy by going out with Phoebe. But Ruco and Nancy had never dated. Extremely careful to avoid future gossip, Ruco deleted Nancy from his social media friends circle because he knew the paparazzi would dig into his connections. Ruco said, “Six months ago, I deleted a majority of female artistes and personal friends. I don’t want my friends to be checked by the paparazzi. It’s to protect them.”

19 comments to Ruco Chan, Phoebe Sin Back from England Vacation