Ruco Chan vs Vincent Wong: Who Will Be This Year’s TV King? 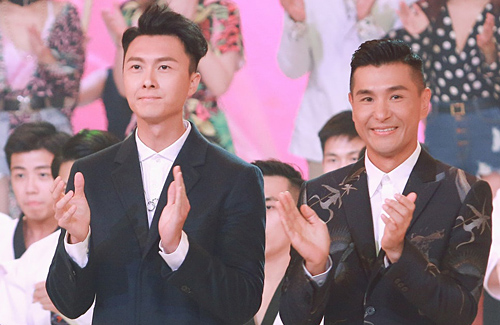 Only two episodes of  TVB Anniversary series, Fist Fight <兄弟> , has aired. The drama has been met with neutral reviews with the audience criticizing that there is no flow and the many action scenes are disjointed. On the flip side, many commented that Vincent Wong‘s (王浩信) portrayal of his arrogant character revealed a new layer to his acting skills.

As it is nearing the end of the year, there are speculations over which actor will win the TV King award. With Vincent’s performance in an Anniversary series, many are wondering whether he will be able to win for the second time. However, Fist Fight will not have finished its broadcast by the time the awards ceremony takes place. In the last 20 years, only Dayo Wong (黃子華) was able to win the prestigious award without his series finishing its broadcast.

There are no clear leaders for the fight for this year’s TV King. However Vincent does have one strong rival: Ruco Chan (陳展鵬).

The first time the pair butted heads was in 2015; Vincent had just made his debut as male lead in Brick Slaves <樓奴> and Ruco’s drama Captain of Destiny <張保仔> received great reviews. However, in the end they both lost the TV King award to Anthony Wong (黃秋生). In 2016, Vincent’s performance in Over Run Over <EU超時任務> was met with great success but this was trumped by Ruco’s A Fist Within Four Walls <城寨英雄> which eventually paved the path for him to win TV King. Lastly in 2017, Ruco’s drama The Unholy Alliance <同盟> received the highest ratings of the year but Vincent’s triumvirate of My Unfair Lady <不懂撒嬌的女人>, Legal Mavericks <踩過界>, and Heart of Greed 3 <溏心風暴3> ultimately led him to win TV King. As of now, both are tied with one award to their name.

This year, they both have only one drama in the running but it is rumored that Ruco will not attend this year’s ceremony and that there are disagreements between himself and TVB management. It seems that Vincent’s main rival may be out of the running!

53 comments to Ruco Chan vs Vincent Wong: Who Will Be This Year’s TV King?