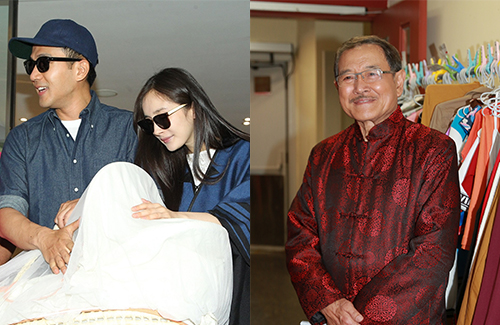 In December 2018, Yang Mi (楊冪) and Hawick Lau (劉愷威) announced their divorce, ending their 5 years of marriage. Despite their separation, they promised to raise their daughter together.

However, a new rumor has leaked indicating that Yang Mi plans on fighting for the full custody of her daughter—and Hawick is planning to fight back.

Since giving birth to Noemie—nicknamed “Little Sticky Rice”—back in June 2014, Yang Mi rested only briefly before returning to work in full force. In the last four years, Yang Mi has made herself a successful brand and business. But to become one of the nation’s highest-paid actresses did come with a sacrifice, and that was to leave her family behind.

For the last four years, Noemie lived in Hong Kong with her grandfather, TVB actor Lau Dan (劉丹). Ever since she started day care, it has always been her grandparents taking her to and back from school. For his granddaughter to live a more normal and functional life, Lau Dan requested less screen time in TVB’s Come Home Love <愛回家> so he could spend more time with her.

If the custody battle turns out to be true, as Noemie’s mother, it won’t be a surprise to see Yang Mi winning the court’s favor.