Sammo Hung’s Thoughts on the Future of Hong Kong Movies: “It is Hopeless” 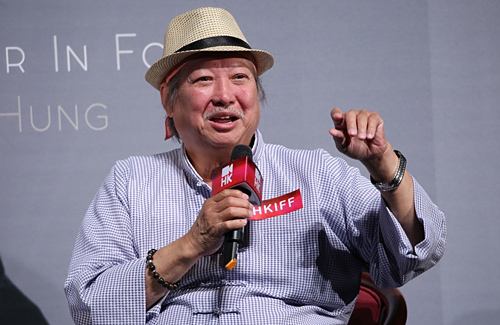 Sammo Hung (洪金寶) is well respected in the Hong Kong entertainment for his talent in choreographing and performing martial arts. For the 43rd Hong Kong International Film Festival, Sammo held a seminar and attracted many fans. There he shared his experience in filming and his thoughts on the state of Hong Kong films.

The seminar began by broadcasting Sammo’s classic works. As Kung Fu Hustle <功夫> was one of Sammo’s most famous works, the audience asked if Sammo personally designed the fight scenes. Sammo replied, “When the triad came out to fight the group, there was a laborer, a tailor and a person selling fried dough. Remember that scene? I choreographed that scene. There was another scene where there were three masters who decided to leave but they suddenly started fighting on the stairs before bidding farewell. I choreographed that too. I was fired after that.”

Not Hopeful of Hong Kong Films

Noticing that people are opting to join singing competitions instead, Sammo offered his advice, “I hope that the Hong Kong film sector can do more to support local films. Hong Kong films were popular 10 or 20 years ago; now other countries surpassed Hong Kong. It makes my heart ache, but I can’t move, can’t help, and can’t say anything. I don’t attend events because I have a bad temper and will offend someone.”

Continuing to offer his advice, Sammo said, “I discussed with the Director of the Hong Kong Film Development Council earlier. The government spent a lot of money for the opening ceremony and then nothing. Why not continue to invest in Hong Kong films and develop them to change the future of Hong Kong films? Go think about it and let me know.”

18 comments to Sammo Hung’s Thoughts on the Future of Hong Kong Movies: “It is Hopeless”