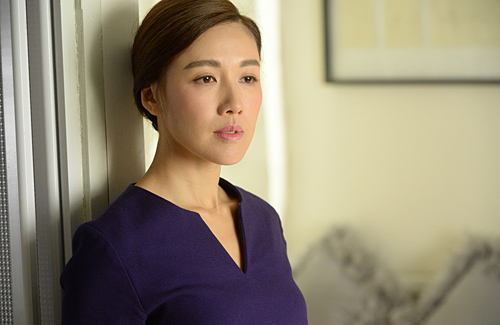 After more than 15 years with TVB, Selena Lee (李施嬅) finally decided to take some risks in her career. She signed with Authentic, an American talent agency in hopes of expanding her career to Hollywood. It is also after leaving TVB that Selena has garnered the recognition for her acting chops. Starring as an airline stewardess and the main female lead in the currently-airing horror drama, Barrack O’Karma <金宵大廈>, Selena was able to convince viewers of her portrayal with her wide range of emotions.

On the positive reception of the drama and her character, Selena feels that this is a good way to leave a lasting memory with Hong Kong audiences. Selena shared, “I put in a lot of effort to portray my role. Firstly, the script was very good. Additionally, this is my second-to-last project with TVB before leaving the company, so I truly cherished this acting opportunity. I really did use my heart to portray my character. I am very touched, actually. Although I have already left TVB, I do want to leave a beautiful memory for everyone. I am thankful that the drama is receiving such positive praise.” 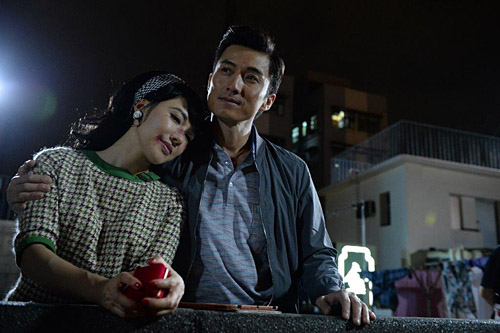 Although Selena is finally gaining the long-awaited recognition now, she has no regrets on moving forward. “I don’t think it’s a pity. At least I was able to leave a good memory! Everyone will remember me. Actually, the audience has given me praises before. In I Bet Your Pardon <荷里活有個大老千>, I portrayed a sultry woman who seduces men. A lot of viewers praised me for my portrayal of the role. However, the recognition this time is much more deep set.”

Selena’s successful portrayal of her role is also partially due to the chemistry with her on-screen partner, Joel Chan (陳山聰). Although Selena and Joel are close friends outside of work and have known each other for several years, this is the duo’s first collaboration. Perhaps due to their close friendship, their chemistry translated on screen as well. Selena also feels very nostalgic of the 60’s era, adding to her expressive performance.

On what her future plans are, Selena hopes to expand her professional portfolio to Hollywood. However, she stressed that she is not giving up her career in Hong Kong. “I am not leaving Hong Kong. I am just trying to expand my professional platform and try out different projects outside of Hong Kong. I will be taking on filming projects in America, Canada, Mainland China, and Southeast Asia. I want to work on projects that interest and excite me. I hope to learn and experience new things. I want to give myself the opportunity to continuously improve and gain different perspectives. I don’t currently have plans to film any projects in Hong Kong, but I won’t rule out any possibilities.”