Shiga Lin Had 19 Boyfriends in 4 Years 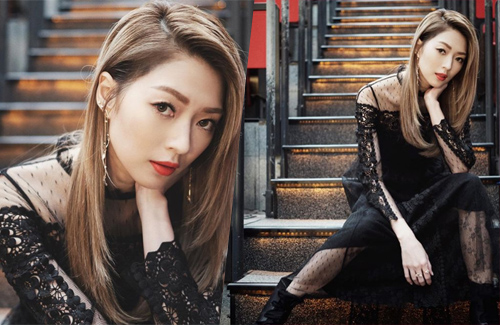 Growing up in a broken family led Shiga to crave affection.

Currently in seen new drama Life After Death <那些我愛過的人>, Shiga Lin (連詩雅) plays a gynecologist who develops a relationship with Mark Ma (馬貫東). Known for her amazing 42-inch long legs, Shiga’s entertainment career has been overshadowed by numerous personal scandals since her debut. Growing up in a single-parent family, the 31-year-old actress has admitted to feelings of loneliness and that she yearned to get married early. During an interview, she spilled that she once dated a total of 19 boyfriends over a period of four years. 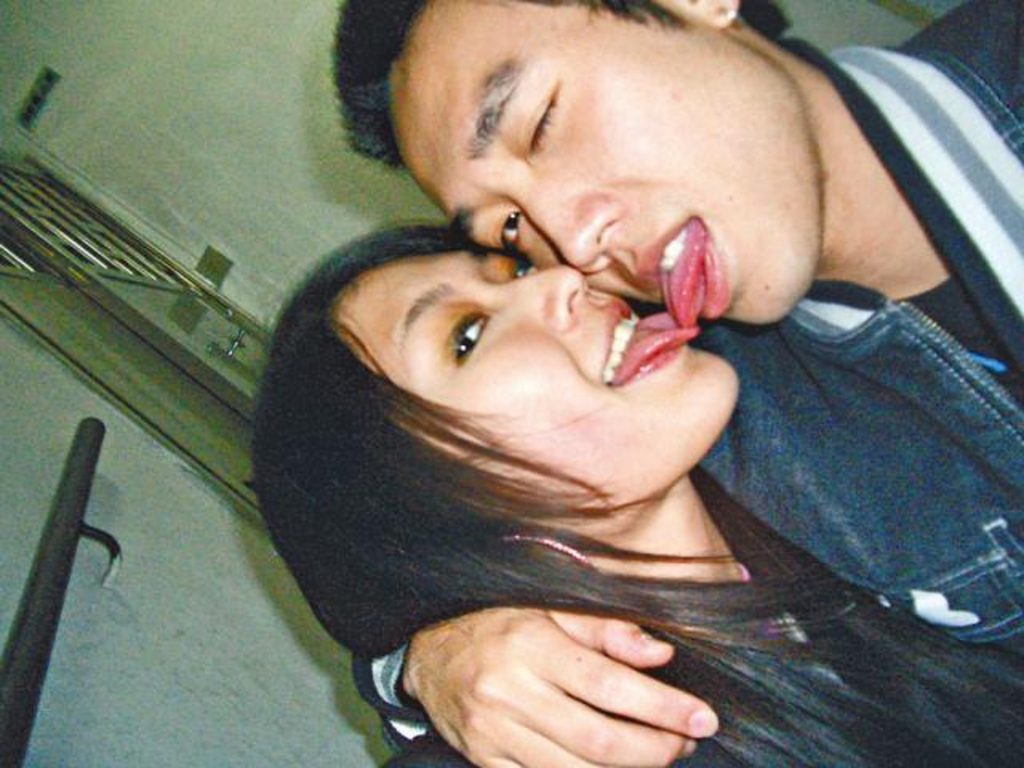 Although she had been promoted with an innocent girl image, Shiga allegedly started her partying lifestyle when she was only 15. Debuting as a singer in 2010, Shiga gained fame after starring in the movie Lan Kwai Fong <喜愛夜埔> in 2010. That same year, her intimate photos with rapper K-Chek (曲赤) were leaked and made the rounds on the Internet. At a teary press conference addressing the scandal, Shiga broke down and insisted that only K-Chek had the photos, indirectly admitting that she had sex with him when she was still 16.

She also admitted having captured intimate moments with other ex-boyfriends, but trusted that these photos would be kept private.

Embroiled as the “Third Party” 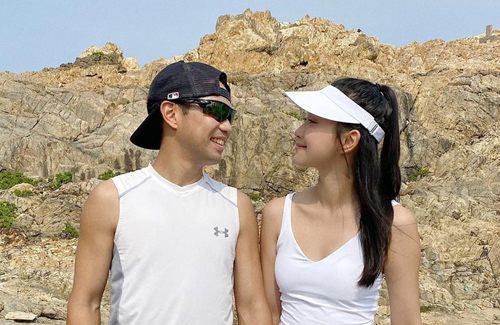 After attaining fame, Shiga had been spilled to be the third party in Wing On Department Stores’ heir Kwok Wing Seon (郭永淳) and wife Miki’s (楊愛瑾) marriage. Shiga admitted to having dated Kwok for a few months, but it was before she joined the entertainment industry and she was only 17 back then. She also emphasized she only found out he was married after the breakup.

Under the same record label as Pakho Chau (周柏豪), the two collaborated frequently, leading to rumors emerging. There were also dating rumors between Shiga and actor Vincent Wong (王浩信) back in 2012 when the two worked together on duet “Never Exhausted” <愛你便愛>. 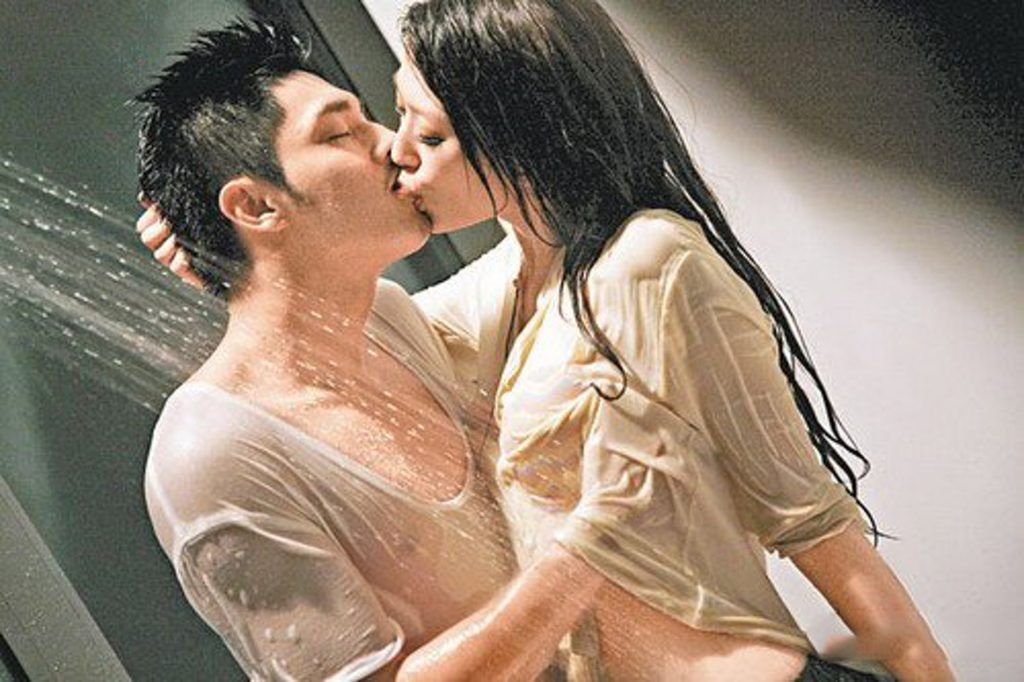 That same year, she filmed Lan Kwai Fong 2 <喜愛夜埔2> in which she had many daring scenes with co-star Kelvin Kwan (关楚耀), including intimate bed scenes and a shower scene where he touched her chest. The two reportedly developed affections off screen as well. This led to tension between Kelvin and his non-celebrity girlfriend Megan Lee, and the couple eventually broke up. Later, Megan pointed the finger at Shiga in her Weibo posts, describing her as having a “problematic personality”.

In 2014, Shiga was immediately labeled “money-loving Hong Kong Girl” when she started dating “mahjong prince” Anthony Shek (石恆聰), the current boyfriend of Charlene Choi (蔡卓妍). Shiga was reportedly pampered by Anthony, and stayed at a rented Beacon Hill luxury apartment in Kowloon Tong. In 2016, Shiga announced the end of her relationship as the two spent more time apart than together. 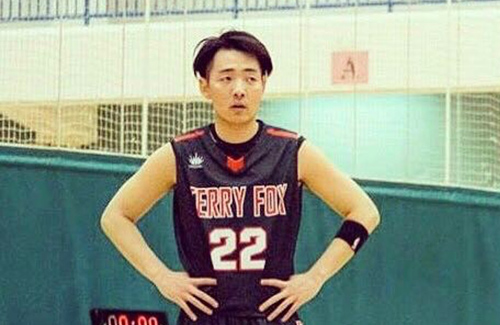 Less than six months later, Shiga was spotted to be dating Chinese singer Terry Chui (徐浩), but broke up with him later as she rekindled her romance with Anthony Shek. In 2018, Shiga resumed her relationship with Terry again, revealing while dating that she viewed him as a marriage partner. In April this year, Shiga spilled that she has called it quits with Terry, and broke down tearily during an interview. 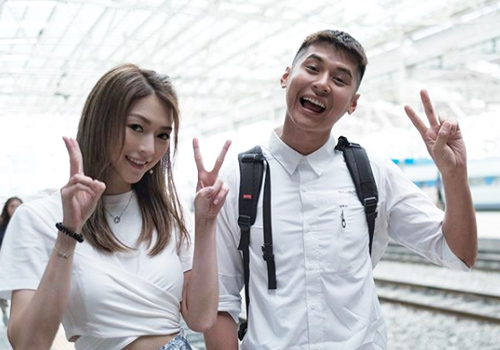 Less than two months later in June, rumors surfaced between Shiga and 33-year-old actor Carlos Chan (陳家樂) when he was seen visiting her home late at night, though both artistes refused to comment on their dating rumors.

In 12 Summers <12個夏天>, the variety program she co-hosted with Carlos, Shiga tried to steer viewers’ impression of her as the stereotypical Hong Kong girl by showing her professionalism during filming. Not only did she personally try her hand at activities such as harvesting kombu, farming abalone and feeding cows, she also continued filming despite getting injured during stand-up paddling.

19 comments to Shiga Lin Had 19 Boyfriends in 4 Years