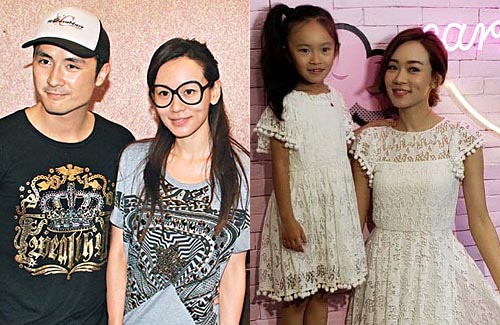 In a recent radio show, Shirley Yeung (楊思琦) discussed her life as a single mom and raising her six-year-old daughter by herself. When asked about her ex-boyfriends Gregory Lee (李泳豪) and Andy Ng (吳帥), she hopes they are doing well after breaking up with them eight years ago.

Doesn’t Regret Being a Single Mom

Although Shirley won Miss Hong Kong 2001, but she never thought she was pretty and instead wanted to pursue a career in teaching when she was growing up. She revealed that the reason she joined the pageant was to please her mother’s wish. She said, “I always wanted to be a teacher, and hoped to have kids by the time I was 20. When I joined the industry, I didn’t have time to have [my daughter] until I was 30. I suddenly became a mother, but I was very happy. I never thought about not wanting my child, but this was God’s gift. My daughter was born in February, so I announced the news in March.” 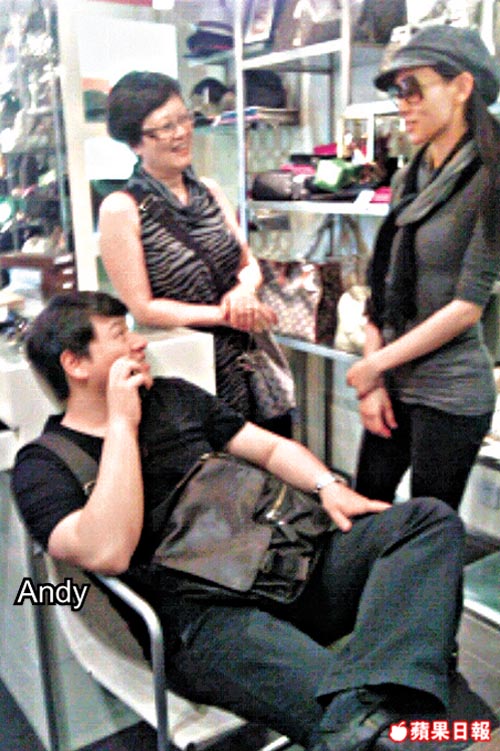 Although she never revealed the identity of the father, it is widely known to be ex-Olympic swimmer, Andy Ng (吳帥). Shirley briefly dated Andy, but he was rumored to be involved with another woman and saddled with debt.  Although she was pregnant with Andy’s child, the couple broke up and Shirley decided to raise Krystal (楊卓穎) by herself.

Never regretting her choice, Shirley and Krystal have been inseparable. When asked if it was difficult to raise her daughter alone, she said, “My daughter is my remedy. Whenever I see her, I am very happy. When busy taking care of her, I forget about everything else.”

Since Krystal is starting to grow up, she is often faced with questions about her father. Shirley already prepared Krystal with the correct answers and believes her precocious daughter can handle anything.

Prior to dating Andy, Shirley actually had a seven-year relationship with actor Gregory Lee (李泳豪) before breaking up in 2011. Since Shirley did not have a clean breakup with Gregory before becoming involved with Andy and becoming pregnant, she faced a lot of negative press during that time.

Hearing that Gregory is now a successful restaurateur, Shirley is happy to hear about his achievements. She said, “I don’t think that people should assume that once a couple breaks up, they become enemies. We did communicate and was together for a period of time, so there are still feelings. I just want him to be happy, and if he is, I am too.”

Since Gregory’s father Steve Lee (李家鼎) is also in the industry, Shirley is bound to bump into the star chef. It was revealed that Steve really liked Shirley and wanted their relationship to last. She was asked if she ever discussed their relationship with Steve, in which she responded, “No, but whenever I see him, I always greet him. He is a very nice man, who isn’t just amazing in cooking, but also possesses so much wisdom. He is able to communicate with anyone so I really respect him.”

Since Krystal is getting older, Shirley finally has time to think about her love life and what type of man is suitable for her. “I don’t care about appearances, I just want someone who has a good heart. It’s hard for a relationship to last if I am just focused on looks. It is hard for me to make new friends, but I decided change [my habits] and start looking for an opportunity [to meet someone].”