Stars with the Highest Commercial Value in 2018 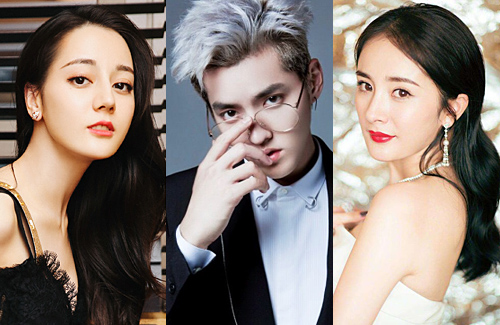 For many stars, maintaining fame and popularity help increase their commercial value. Recently, China Business Network <第一財經周刊> released a list of the top 100 stars with the most commercial value in 2018 based on five criteria:  professionalism, endorsement, commercial influence, exposure and social influence.

Included in the list are a number of Hong Kong stars such as Angelababy, G.E.M, Eason Chan (陳奕迅), Carina Lau (劉嘉玲), Cherie Ying (應采兒), Louis Koo (古天樂), and Shawn Yue (余文樂). Notably, William Chan (陳偉霆) is the only Hong Kong star ranked in the top 10 this year for his appearance in two films and two dramas, hosting numerous variety shows and appearing in nearing 30 advertising endorsements. Other notable stars who appeared on the list include Faye Wong (王菲) and Shu Qi (舒淇).

In third place is Mainland Chinese actress, Dilraba Dilmurat <迪麗熱巴>. Appearing in many popular dramas and countless endorsements, it is no surprise the Dilireba ranked high in the list. The future is bright for the 26-year-old actress who won countless awards, including being the first actress born after the 1990s to be a recipient of China Golden Eagle Goddess Award while being the youngest to simultaneously win the Most Popular Actress Award and Audience Choice Award.

Kris Wu (吳亦凡) is in second place. Kris’s talent was under question when he appeared as a mentor in the reality show The Rap of China <中國有說唱>. In addition, when Kris’ new album shot to the top of the U.S. iTunes list in November of this year, it was suspected that his popularity was manipulated by fans, but this was cleared up later. However, the controversies appear to not have affected his commercial value.

Finally, the honor for being the star with the most commercial value is none other than Yang Mi (楊冪), who shot from third place last year. Despite Yang Mi starring in only two dramas and one film this year, her projects have been highly successful. Whether the headlines are positive or negative, ranging from plastic surgery speculations, criticism for acting, and most recently her divorce with Hawick Lau (劉愷威), Yang Mi has managed to stay relevant in the highly competitive industry.

28 comments to Stars with the Highest Commercial Value in 2018