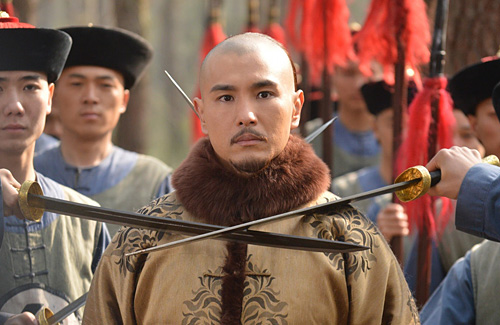 In TVB’s latest viewership ratings report, dramas had mixed results due to the impact of the World Cup broadcast. Deep in the Realm of Conscience <宮心計 2 深宮計> maintained its strong ratings, while Succession War <天命> continued to fall in ratings, struggling to maintain 20 points.

Starring Steven Ma (馬浚偉) and Nancy Wu (胡定欣), Deep in the Realm of Conscience was aired during the World Cup broadcast but maintained its strength. Boasting a big budget and extensive marketing, the drama was a favorite since it aired. For the broadcast week ending July 9, Deep in the Realm of Conscience averaged 31 points. More viewers tuned into the finale, pushing up viewership to 35.6 points. The entire drama averaged 28 points, which made it the highest-rated drama in 2018 year-to-date.

Another palace drama, Succession War, starring Ruco Chan (陳展鵬) and Shaun Tam (譚俊彦), did not fared as well. Its premiere week received ratings of 22.1 points, but its second week of broadcast had ratings slipping down to only 20 ratings points. The drama is a fictional account about the last 28 days of life of the corrupt Qing Dynasty official, Heshen (Ruco Chan), under the rule of the Qianlong Emperor (Shaun Tam).