Sunny Chan: “My Son is Autistic and I Will Not Suffer in Silence!” 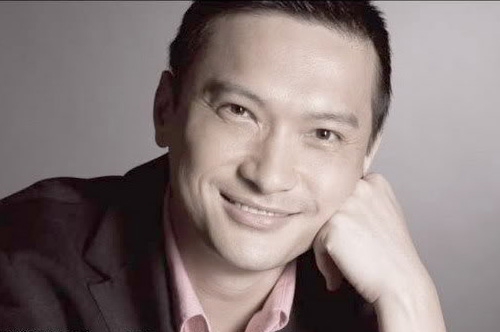 Earlier, tabloids took photos of Sunny Chan’s <陳錦鴻> 4-year-old son and revealed that the little boy was autistic. At 2-years-old, Sunny’s son was unable to speak and his behavior was different  from other children and possessed slower learning abilities. Sunny’s son was antisocial and often treated his parents as if they were transparent. At 4-years-old, Sunny’s son did not speak a single word. Sunny and his wife frequently visited different doctors, hoping that their son can grow up healthily and happily.

Approached by reporters, Sunny directly admitted that his son was autistic; he did not find his son’s condition to be taboo. Sunny did not wish to suffer in silence and through the publication of the magazine article, he hoped to seek the help of the outside world. Perhaps experts from around the world would be able to help and shed light upon his son’s condition.

R= If you did not admit it, perhaps no one would know that your son is autistic. Why did you decide to publicize the matter?

S= When I take him outside, people will think he is an unruly child since he runs everywhere. They will naturally notice he has a problem. As to why we are willing to speak out, we hope that perhaps there are people who may be able to help him. We are ordinary parents and really do not know how to take care of an autistic child. You can say he is clever, stupid and even troublesome. Without an expert guiding us, perhaps my son would be unable to read even today. We must face reality and can not suffer in silence, otherwise it will not be fair to him.

R= Are you very worried about your son’s condition?

S= If I were not worried, I will not stay with him all day. He has always been different from other children. He is antisocial and will not trust other people easily. For example, if he knew that we were eating beef today and you served him pork, he will think that you lied to him. He will stubbornly refuse to eat. He does not welcome you in teaching and helping him. He lives in his own world. When I talk to him; he ignores me. He ignores even his own parents!

R= You took him to the beach to teach him words; has there been any progress?

S= It has been a lot better. Although my sister’s daughter learned her words at 2-years old, my son did not learn until he was 4-years-old. When I saw him write the ‘ fire, person, big, and earth’ characters, I was in awe.

R= Do you wish to have a second child?

S= In speaking with other people, they recommend that having a second child is very beneficial for my son,  my wife and I.

In a telephone interview with Oriental Daily, Sunny noted that his autistic son did not talk to him, but Sunny will set aside time to properly communicate with his son, hoping to improve the situation. Sunny said, “Recently, I did not need to film and will set aside one hour each day to spend with my son. If the weather is cold, we will go hiking together. If it is warm, we will go swimming. This allows my son and I to communicate on a better level.”

Sunny added, “I do not wish my son to be harassed. Earlier, I was not in Hong Kong when the paparazzi took photos of my son. I do not want this type of intrusion to scare my family. If the press wishes to publish photos of my son, I can provide the pictures. It is not good to frighten my young son!” Jayne: The simple things that we take for granted, such as good health, the ability to speak and walk can be an immense challenge for others. Having a child with a learning or physical disability is very draining on the parents and can be very heart breaking to know that your child will never lead a carefree childhood of simple laughter.

I am glad to hear that Sunny is a proactive parent and taking steps to cope with his son’s autism, by consulting with experts and teaching his son in alternate ways. Although his son may be unable to speak, Sunny has not given up teaching him literacy, which is important to keep growing the mind and allow for further development. When parents give up on their children, then the kids have no guiding direction and are not developed to their fullest potential.

Sunny’s role as a father will be more difficult than normal parents. Due to his autism, his son may never be able return his parents’ love and fail to forge a family bond together. My heart goes out to him and I wish he continues to talk to more people and perhaps parents of autistic children to learn to cope in better ways. There is indeed no need to suffer in silence.

Coincidentally, I watched several episodes of ATV’s Ben Xiao Hai <笨小孩> recently, in which Ruco Chan plays an autistic person. I enjoy the series because its theme is centered around people with different disabilities helping each other out, making up for their own individual shortcomings.  Many of the scenes are quite touching, especially the mother’s sacrifice. However, the depiction of autistic and mentally challenged individuals may not be entirely accurate. This series is heartfelt and offers the basis of a good story.

63 comments to Sunny Chan: “My Son is Autistic and I Will Not Suffer in Silence!”