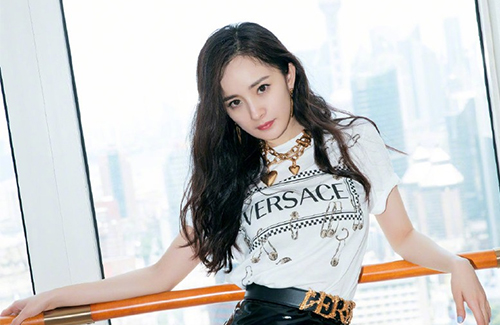 Yang Mi (楊冪) has decided to end her role as the China ambassador for Versace following claims that a recent T-shirt design was being disrespectful to the “One China” policy.

The T-shirt Controversy, as it is known, came about after netizens uploaded the design of a new Versace T-shirt that showed Hong Kong and Macau listed as separate countries from China. 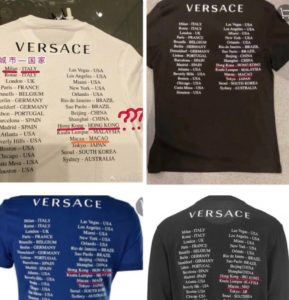 Yang Mi was Versace’s first Chinese brand ambassador and her contract with the Italian luxury brand was freshly signed.

The actress-model said she will no longer be working with Versace due to the T-shirt, which was released on July 24th. In her statement released through her personal studio, Yang Mi said it is her duty as a citizen of the People’s Republic of China to respect and uphold the “One China” principle.

Versace has officially issued an apology, admitting that there is fault in the design and has already recalled all the T-shirts.

Many mainland netizens are reportedly finding the apology to be insincere, as the apology was only released on Weibo and not on Instagram, where it has an international audience.

Versace’s apology follows another apology released by Dolce & Gabbana a few days prior, in which the brand had to apologize for a commercial that was alleged to be disrespectful to Chinese people.