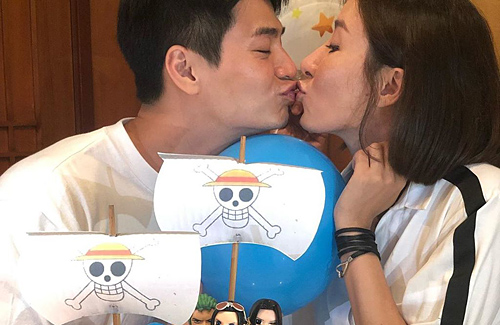 It has been three years since Tavia Yeung (楊怡) and Him Law (羅仲謙) got married. As the couple celebrate their third anniversary, Tavia shared pictures and thoughts of her marriage on her Instagram page.

Tavia and Him fell in love after filming The Hippocratic Crush <On Call 36小時> together. After dating for five years, the couple held their marriage ceremonies in a historical castle in England and in Hong Kong. While the couple doesn’t have any children yet, fans are waiting to hear good news while sending blessings to the couple.

Sharing snippets on how the couple celebrated their anniversary, Tavia posted two pictures on her Instagram. In one picture, Tavia and Him can be seen casually strolling in a forest. In the second picture  Tavia posted a street art of the word “forever” enclosed in a big red heart.

Tavia also wrote the following message, “No sweet photos, no fancy dinners, no beautiful flowers, no surprising presents  but there is ‘love’ in our hearts. There are cloudy days and there are sunny days. On this anniversary, I wish for love and happiness to everyone. Husband, happy third anniversary. #iloveyoumorethanyesterday.” In her post, Tavia also thanked her husband for working hard.

Since the couple married three years ago, they had wanted to have two kids within three years. Unfortunately the two are often separated due to Him’s filming commitments in China, while Tavia focused on nursing her rheumatoid arthritis.

Recently, rumor broke that Tavia is expecting. The media had attempted to ask Tavia’s twin sister Griselda Yeung (楊卓娜) for comment, but she declined to comment. 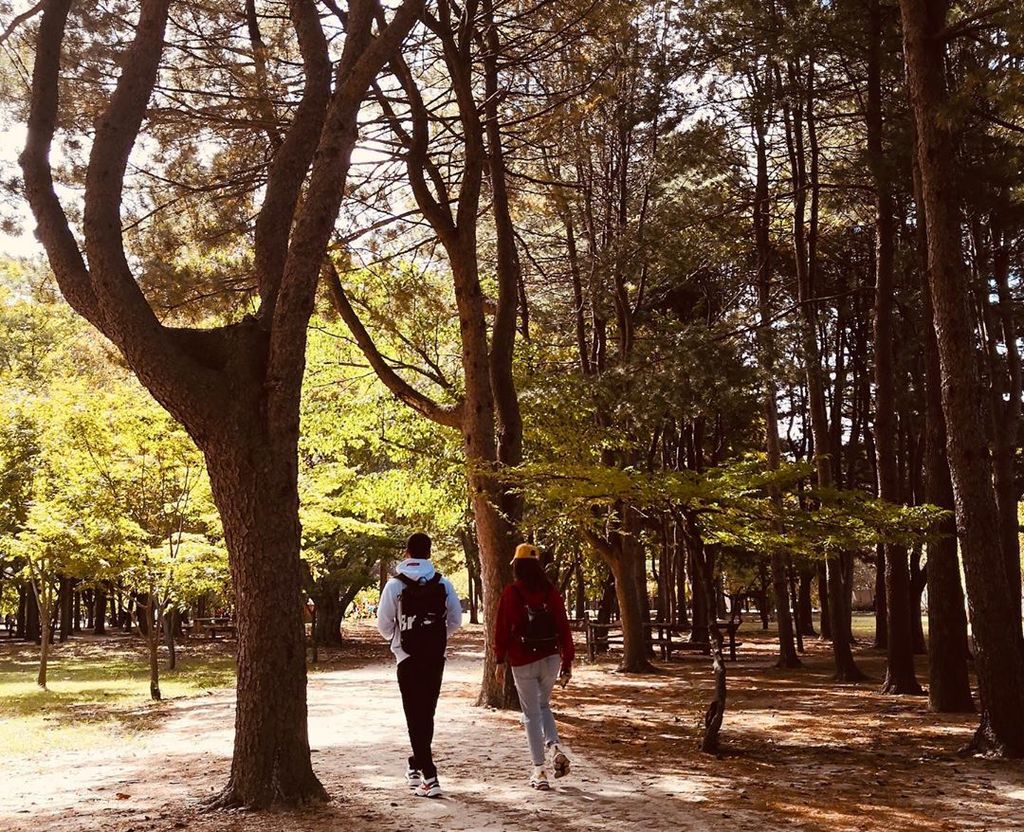 6 comments to Tavia Yeung and Him Law Celebrate Third Anniversary