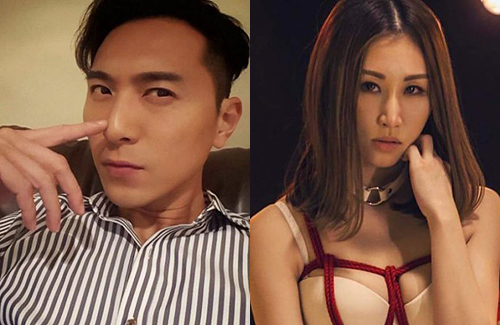 TVB actor, Hugo Wong (黃子恆), is an experienced flirt. Admitting to sleeping with a Mainland Chinese fan in their second meeting, the OMG, Your Honour <是咁的，法官閣下> star apparently likes to use text messages to set up hookups. Hong Kong singer, TikChi (迪子), revealed that Hugo had texted her four times while trying to bed her.

After getting involved with married woman, Hiromi Wada (裕美), and later breaking up with her, Hugo set his sights on having a fling with long-time friend, TikChi, whom he has known for over 10 years. At the time, TikChi had just released her music video, which had a S&M feel and showcased her  voluptuous figure.

The following text messages were confirmed to have originated from Hugo’s cell phone number:

Invites TikChi to Go to Hotel in October 2016

Hugo: “Let’s celebrate the holiday, and find a place to have a human-devil battle.”

TikChi: “Where do you want to go?”

Hugo: “Do you have any suggestion?”

TikChi: “No, my brain is not functioning.”

Hugo: “Actually the hotel rates now are pretty cheap. But I’m afraid that if I go out so late at night, they’ll ask for ID.”

TikChi: “But I’m not interested in  a SP [sex partner] relationship.”

Hugo: “I understand, so let’s wait and see what happens later…. I can go now. I’ll be outside your home in 45 minutes.”

TikChi: “What? You’re coming over?”

TikChi: “I’m not going to the hotel with you.”

TikChi was surprised by Hugo’s invitation since they have known each other for so many years. She even wondered if he was joking, but in another conversation, Hugo invited TikChi to go to his home to provide “services” in February 2017.

Hugo: “As for ‘services’, they’re not just something you provide for me. It’s also about communication. You’re good; I’m good. We’re both good.”

TikChi: “I don’t need it. I only service my boyfriend.”

Hugo: “I don’t need service. I only need communication, in which we can tightly hug [each other].”

TikChi: “Your highness only needs one boyfriend.”

Hugo: “But I don’t need a girlfriend.”

TikChi: “That’s why I’m not suitable for you. Best that you go find someone’s wife,” referring to Hiromi Wada.

Wants TikChi to Drink with Him at Home

Although Hugo’s attempts at bedding TikChi failed, he didn’t give up. In December 2017, he texted her again:

TikChi: “No, if you want to drink, let’s go outside. Also my tooth is not done yet, so I can’t drink.”

Hugo: “You know it’s troublesome for me to go outside.”

TikChi: “What? How troublesome is it?”

Hugo: “If I go outside to drink and get photographed, they’ll say I’m picking up girls again.”

TikChi: “If I go to your place, that’ll attract even more suspicion. No.”

Hugo: “We won’t get photographed by anyone. Alright…”

Hugo still didn’t give up and texted her in January 2018 using a different tactic.

Hugo: “I have an idea. Concept: let’s sing live. [Big Big Channel] allows guests, but need you to sing and play music at the same time. I can only sing but not play music. It opens a few channels at the same time. Are you interested? The place is my home. Hope it can feel like a cafe show.”

Hugo: “Headline act. Two people…if one hour is too long, we can make it 45 minutes. Of course, we can also chat. Or we can also have a guest, that’s why I’m asking for your opinion.”

TikChi: “Hey, you have a keyboard by the edge of your bed. That’s strange.” After pointing this out, TikChi still refused to go over to Hugo’s home and the 36-year-old actor stopped contacting her since their last exchange.

Confirming the incidents, TikChi spoke with the press today and said that Hugo is not a man and doesn’t even have basic respect towards other people.

When the press reached out to Hugo for his response over his texts to TikChi, he said, “My company didn’t have any instructions yet, so I can’t do anything. Thank you.” 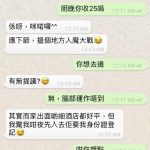 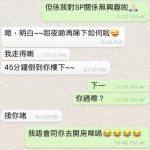 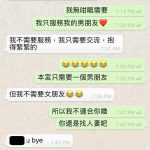 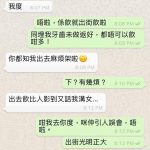 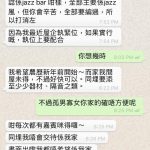 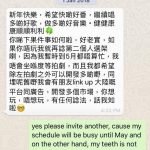