“The Defected” Will Be a Turning Point for Sisley Choi 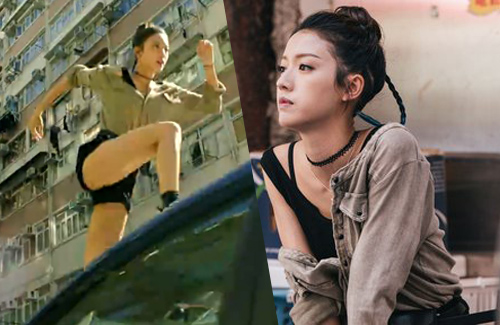 Highly anticipated TVB drama The Defected <鐵探> starring Kara Hui (惠英紅) and Philip Keung (姜皓文) started airing this week. With the opportunity to work alongside experienced veterans, Sisley Choi (蔡思貝) had the chance to improve her acting abilities while showcasing her adaptability and potential.

Sisley entered the entertainment industry after winning runner up in the 2013 Miss Hong Kong Pageant and in a short five years has already climbed up to fadan status within TVB. She started to gain more recognition with Legal Mavericks <踩過界> and The Learning Curve of a Warlord <大帥哥>. She is also the second female lead for The Defected and will be the female lead in upcoming drama Airport Security <機場特警>.

Even though Sisley often portrays a police officer in dramas, she is not limited in her acting range. Her role in Legal Mavericks as a bucktoothed paralegal was well received by viewers. Her role as a passionate revolutionary in The Learning Curve of the Warlord is similar in personality, but Sisley was able to bring out subtle differences. This time in The Defected, she convincingly portrays an undercover cop who has overdosed on drugs.

Sisley recently turned 28 and has gained an added layer of maturity to her good looks. Her short hair also highlights her beautiful features and her athletic figure. Known for her active lifestyle, she recently ran half a marathon finishing with an impressive time of 1 hour, 37 minutes, and 40 seconds!

Even though Sisley may still have room for improvement in her acting, Sisley has the qualities to  achieve greater success, and The Defected may just be the drama to serve as her turning point.

Sisley Choi as Undercover Cop in “The Defected”