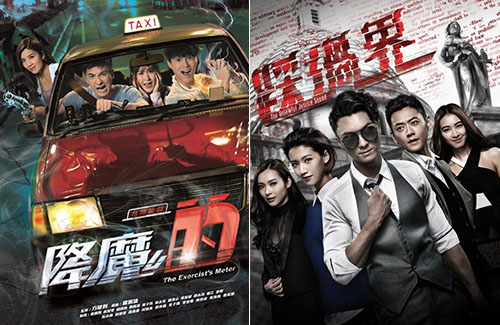 It’s been a strong run for the TVB supernatural horror drama The Exorcist’s Meter <降魔的>, which netizens have bestowed upon it the title of the industry’s new “legendary drama”. The show’s modest production and well-written script had made unexpected waves on TVB’s primetime slot, putting Kenneth Ma (馬國明) as a strong contender for TV King.

With good word-of-mouth and stable ratings performance, critics expected the show to hit new highs when it aired its final episode on Sunday, November 26. However, the finale’s rating performance fell short of expectations, pulling in only an average of 24.3 points, reaching 1.57 million viewers.

TVB’s last drama to air a Sunday finale was the legal drama Legal Mavericks <踩過界>, which pulled in 26.9 points.

However, it must be noted that Legal Mavericks was a weekend drama, while The Exorcist’s Meter (TEM) originally aired five days a week. The sudden change in broadcast schedule may have affected TEM’s finale ratings performance.