“The Legend of Haolan” Star Mao Zijun Breaks Out 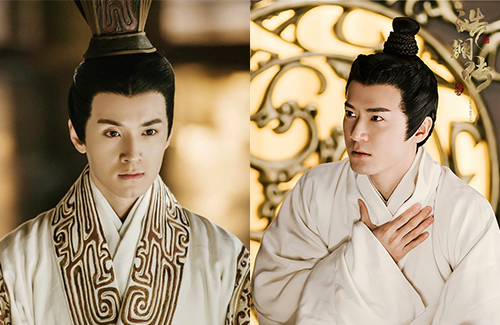 The Legend of Haolan <皓镧传> sees the return of The Story of Yanxi Palace <延禧攻略> actors Wu Jinyan (吴谨言) and Nie Yuan (聂远) playing as a couple again, but their unfinished ending left many fans disappointed. Deleted from the final cut, producer Yu Zheng (于正) reassured fans by sharing a manhua illustration featuring the pair, telling fans that in canon, their favorite characters Lu Buwei and Wu Jinyan did end up together in the end.

The historical drama, which is about the mother of Qin Shi Huang, failed to meet expectations set by The Story of Yanxi Palace, but it did set the stage for a new star to break out—Mao Zijun (茅子俊), who played Ying Yiren on the show.

Ying Yiren was the captive prince, a quiet but ambitious royal with tricks up his sleeves, and though he may have came in between Lü Buwei and Li Haoran’s relationship, he loved Haoran unconditionally. Yiren never lived to see his son—the future Qin Shi Huang—grow up, but the actor who played him, Mao Zijun, has touched millions of fangirls watching the show.

32-year-old Mao Zijun showed an interest in biology and chemistry when he was in grade school, and when he advanced to college, he started to study auditing. To help his parents with finances, he took a part-time job as a model, which kickstarted his career as an actor. His debut drama was 2010’s Beauty’s Rival in Palace <美人心计> followed by 2011’s Palace <宫锁心玉>, both Yu Zheng dramas. In 2015 he starred as Iron Fist in China’s TV adaptation of The Four <少年四大名捕>, which boosted his career.

For the past 10 years, Mao Zijun has hovered between supporting actor and second lead status. The Legend of Haolan may have just solidified his potential as lead actor.

“It was actually a last minute call,” said Mao Zijun. He was not the first choice to play Ying Yiren. “I was on a vacation in Korea, and I suddenly received the notice of this drama. After reading the script, I fell in love with the story and character, so I ended my vacation earlier to fly back for the costume fitting.”