“The Legend of the Condor Heroes” Novels Get English Translation 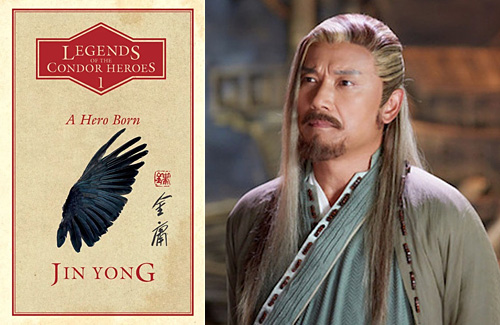 Published in 1957, Jin Yong’s (金庸) The Legend of the Condor Heroes <射鵰英雄傳> trilogy are classic martial arts novels which have been adapted into countless television dramas. Hoping to expand the popularity of the novels outside of the Chinese culture, an English adaptation was released this year but was met with little praise.

Anna Holmwood, a Master’s student at The University of Oxford, took on this initiative. Unfortunately, her translations rendered some of Jin Yong’s character names laughable. For example, lead female Huang Rong, was translated to Lotus Huang. Other odd translations included Skyfury Guo and Lily Li, which were Guo Xiaotian and Li Ping. Yang Tiexin and Bao Xiruo turned into Ironheart Yang and Charity Bao.

Some wondered why Huang Rong was given an English name when the two males, Guo Jing and Yang Kang kept their original Chinese names. When asked, Holmwood explained that not many western readers know how to pronounce ‘Rong’. She also added that readers can clearly distinguish that Huang Rong is indeed a female and avoid confusion because Guo Jing initially thought Huang Rong was a boy when they first met.

However, it should be understandable that Jin Yong’s novels are difficult to translate as they incorporate many traditional wuxia terms and names. It appears that some aspects of the martial arts culture, which was a key success to the the novels, were lost in translation despite Holmwood’s efforts.

TAGS: Jin Yong, The Legend of the Condor Heroes